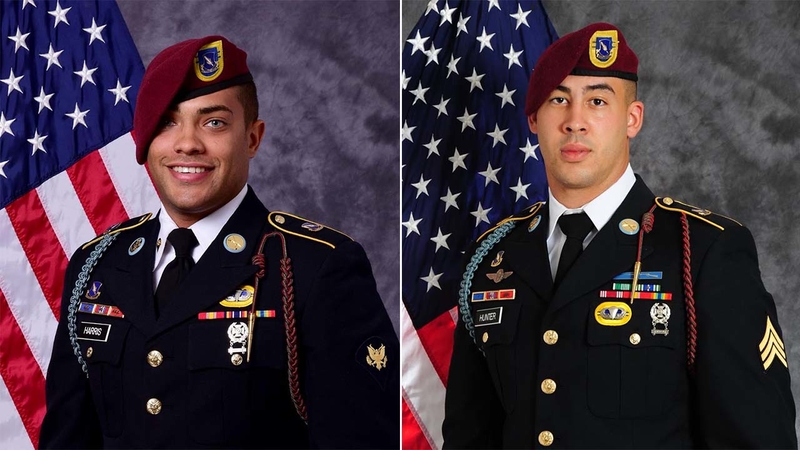 "Spc. Christopher Harris was an extraordinary young man and a phenomenal Paratrooper," Col. Magsig continued. "He regularly displayed the type of courage, discipline, and empathy that the Nation expects from its warriors."

Mark Hunter said members of the Indiana National Guard informed him Wednesday night that his son, 23-year-old U.S. Army Sgt. Jonathon Michael Hunter, died in the attack on a NATO convoy near the southern Afghan city of Kandahar.

The U.S. military in Afghanistan earlier said that four other American troops were wounded in Wednesday's attack.

Jonathon Hunter, who grew up about 40 miles south of Indianapolis in the central Indiana community of Columbus, left July 1 on his first deployment and was providing security for the convoy that was attacked, his father said. He joined the Army in 2014.

"Sgt. Jonathon Hunter was the leader we all want to work for - strong, decisive, compassionate, and courageous," Col. Magsig said. "He was revered by his Paratroopers and respected throughout his unit."

Mark Hunter said his son was excited about his first deployment, but that he, as an Army veteran, was apprehensive.

"He had been there 32 days. I'm former military, me and his uncle both, so we know the dangers," Hunter told The Associated Press by phone from his home in Columbus.

He said his son, who got married last October and has an older brother and two stepsisters, was cheerful, loving and religious.

"If you were down, he would cheer you up and he was God-loving. He was raised in the church," he said.

The family later issued a statement saying in part, "Jonathon loved his unit and serving his country and was excited about the opportunity to go to Afghanistan to do his part in fighting injustice."

Hunter said he will travel Friday to Dover Air Force Base to retrieve his son's remains and that funeral plans were being determined by him, Jonathon's mother and Jonathon's wife, Whitney.