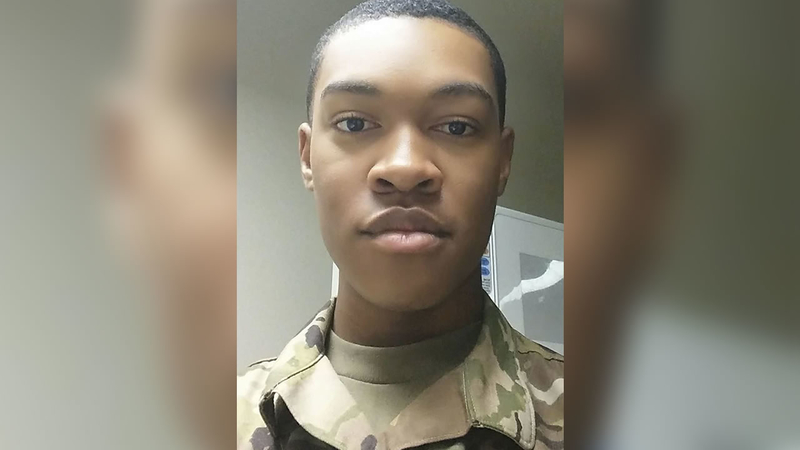 FORT HOOD, Texas (WTVD) -- A North Carolina family is looking for answers after their soldier was killed by gunfire in what police are investigating as a homicide.

Pvt. Justin Lewis is from Henderson. His uncle, Jerry Lewis, said when you have a loved one go into the military, you deal with the fact you may lose them on the battlefield. They never imaged they would lose 19-year-old Justin on American soil, near a vacant lot in Killeen, Texas.

Police in Killeen said they responded to a shooting on Monday night at 11:18 p.m. They found Justin's body in the 700 block of W. Ave C. He wasn't breathing.

On Friday, Fort Hood, Texas, officials released Justin's identity. They said he had been assigned to the 3rd Cavalry Regiment in Fort Hood since February of this year. His awards and decorations include the National Defense Service Medal and the Army Service Ribbon.

Lewis said when the family received the awful news, they were in shock.

"I want to know more, who, how, what, I want it to make a little sense," Lewis said.

Limited information is being released and authorities say an autopsy is pending. In the meantime, the family is finding strength in their faith and in remembering who Justin was.

Lewis said his nephew was a great kid who never wanted confrontation and loved to learn.

"He wanted me to spend more time teaching him things, as far as working on cars, he wanted to learn things, that's the best thing about him, he wanted to soak stuff in," Lewis recalled.

Justin Lewis was determined to join the United States Army.

Courtesy of the Lewis family

Before he joined the Army, Justin was a student at Northern Vance High School. His former principal, Stephanie Ayscue, remembered him well.

"He was a quiet gentleman, honor student, great character, just a good, giving soul," Ayscue said. "He was very, very quiet, and I like to joke around with my students, but when you joke around with him ... he had a gorgeous smile, and he will be greatly missed."

She said he was in the ROTC and often participated in volunteer projects with them and with his church. She said for some students, ROTC is an elective, but for him it was a career path.

Ayscue is currently the principal at Advance Academy at Western Vance High School and said she was in a principals meeting when she got the news. Lewis' former principals through junior high and elementary school were in the meeting with her. Ayscue said she asked them to say a prayer.

"It was a loss obviously to his family and friends but it's a loss to our country," Ayscue said. "Very few people makes that sacrifice to give back to their country and risk their lives for their country, and he was one of them."

Jessie Gooch of Townsville, North Carolina, said he went to school with Justin.

"He was the best friend I ever had," Gooch said.

Gooch described Justin as a hard worker who liked to talk about cars and landscaping.

Right now, there is a lot of anger and frustration, but also comfort in knowing Justin is in a better place.

"Every once in a while, it's like I see Justin, and when I see Justin he's smiling, Jerry Lewis said. "I keep seeing my dead nephew, smiling."