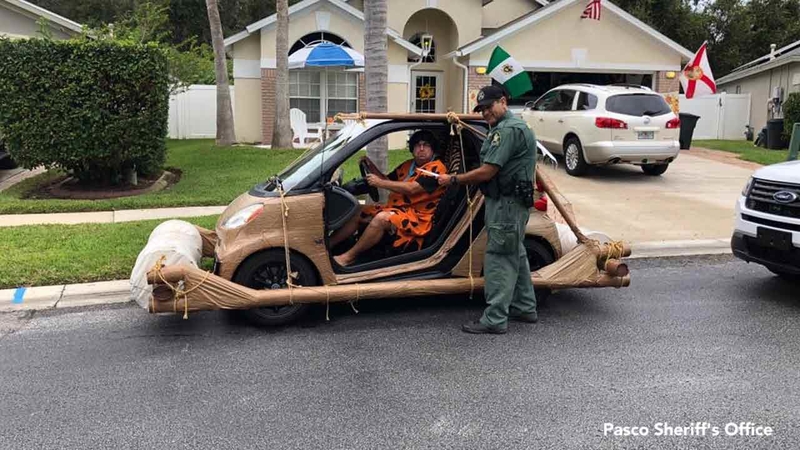 PASCO CO., Fla. -- Fred Flintstone may quickly leave work to get home to Wilma, but police won't let him get away with speeding.

Officers had a little fun with a man dressed like the classic cartoon character riding the footmobile.

Authorities were sending a message with these staged photos to anyone thinking of speeding in the area.

They thanked Mr. Flintstone and his wife, identified as Don and Trina Swartz, for "being such great sports... Yabba Dabba Doo!"