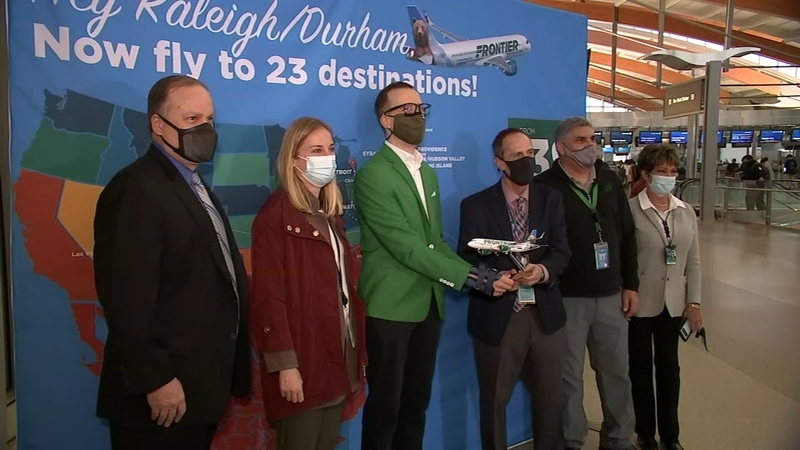 "We are thrilled to announce this major expansion of service at Raleigh-Durham International Airport," Daniel Shurz, senior vice president commercial, Frontier Airlines said. "With the addition of these new routes we will offer nonstop service to 23 destinations from Raleigh-Durham and become RDU's largest carrier based on destinations served."

Frontier Airlines is running a special offering certain flights to those new destinations as low as $39. To land the deal, tickets must be purchased by 11:59 p.m. March 15.

Frontier Airlines' announcement comes a day after RDU announced a brand new airline would start flying out of the airport in the spring.