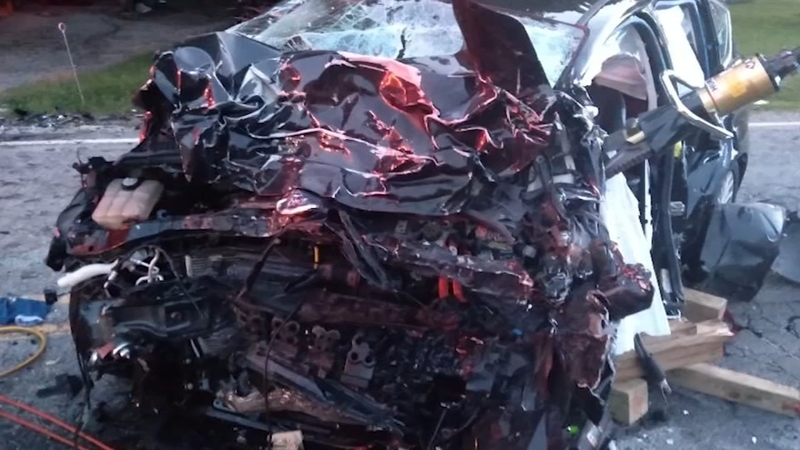 Wake Co. teacher among 2 dead in head-on crash near Garner

GARNER, N.C. (WTVD) -- A 4th grade teacher is suspected of speeding and driving under the influence prior to causing a deadly crash just outside Garner.

North Carolina State Highway Patrol said Stewart was the person behind the wheel of a Ford C-Max that slammed head-on into a Chevrolet Suburban on Jones Sausage Road on Thursday around 7:30 p.m.

Authorities said Stewart was headed westbound when her car crossed the center line.

Stewart and the driver of the Suburban, 53-year-old Calvin Stewart, both died from injuries caused by the crash. Lauren and Calvin were not related.

Four other people were inside the Suburban driven by Calvin: two adults, a teenager and an infant. They were all taken to the hospital with non-life-threatening injuries.