Search for escaped inmates expanding as it enters 3rd day 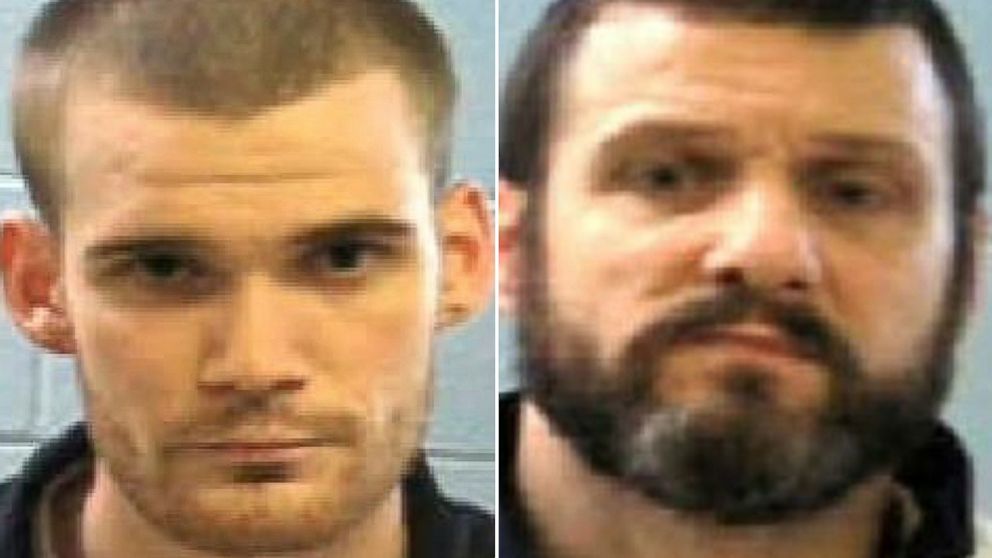 ATLANTA, Georgia -- The search for two Georgia inmates sought in the killing of their guards during an escape from a prison bus went into its third day Thursday and the scope of the manhunt is expanding.

Authorities do not know whether Donnie Rowe and Ricky Dubose are still in Georgia or still traveling together, Putnam County Sheriff Howard Sills told reporters Wednesday.

"They've certainly had time to get out of the state," Sills said.

Sills said the two inmates overpowered and killed Sgt. Christopher Monica and Sgt. Curtis Billue early Tuesday on a bus that should have been secured as it carried inmates between prisons. The pair then carjacked a driver who pulled up behind the bus and fled in his Honda Civic down state Highway 16 in Putnam County, southeast of Atlanta.

Signs of the fugitives turned up hours later and 25 miles north, in Madison, where they ransacked a house, ditched their prison uniforms, and took food and likely clothes as well. Then they stole a pickup truck from a nearby industrial site sometime between 6 p.m. Tuesday and 6 a.m. Wednesday, Sills said.

That's where the trail goes cold.

The Honda was found Wednesday, intentionally concealed in a wooded area near the burglarized house, Sills said. Authorities are asking the public to keep an eye out for the stolen 2008 white Ford F250 pickup truck with the Georgia tag BCX-5372.

The FBI promised a "comprehensive update" on the investigation at a Thursday news conference with state and local law enforcement officials in Madison.

Meanwhile, Sills appealed for the public to help locate the truck and the fugitives, and to call 911 immediately if they spot them. He called them violent repeat offenders and extremely dangerous, having taken the guards' 9 mm pistols.

"They just murdered two corrections officers in a brutal fashion," Sills said. "They're not concerned with anything regarding human life."

Sills agreed with reporters that Dubose will have trouble hiding his prominent tattoos, which include crowns above his eyebrows, a star below his right ear and graffiti-style letters all across his neck. Sills said Dubose also has "ghost" tattooed on his right forefinger and "face" on his right pinky finger - signs of membership in the Ghost Face Gangsters.

Rowe, 43, has been serving life without parole since 2002, and Dubose, 24, began a 20-year sentence in 2015. Both were convicted of armed robbery and other violent crimes. They have been cellmates more than once in Georgia's prisons, had known each other for "quite a while" and may have planned the escape together, Department of Corrections Assistant Commissioner Ricky Myrick said.

The other 31 inmates have been questioned, and a camera on the bus recorded the guards being shot, but corrections officials have not explained to the public how the pair managed to get through the normally locked door of the inmate compartment to attack the guards.

"They were inside the caged area of the bus," Sills said. "How they got through the locks and things up to that area I do not know."

The sheriff said he's watched the bus video on a cellphone, and couldn't immediately tell which inmate fired the fatal shots.

Monica, 42, and Billue, 58, were both transfer sergeants at Baldwin State Prison. Monica had been with the Georgia Department of Corrections since October 2009 and Billue since July 2007.

"Officer Billue's family asks for prayers for all of those who are now placing their own lives at risk to bring these men to justice and asks anyone who has information that may assist in apprehending these perpetrators to please contact law enforcement," Jim Green, an attorney who's speaking for the Billue family, said in an email Tuesday.