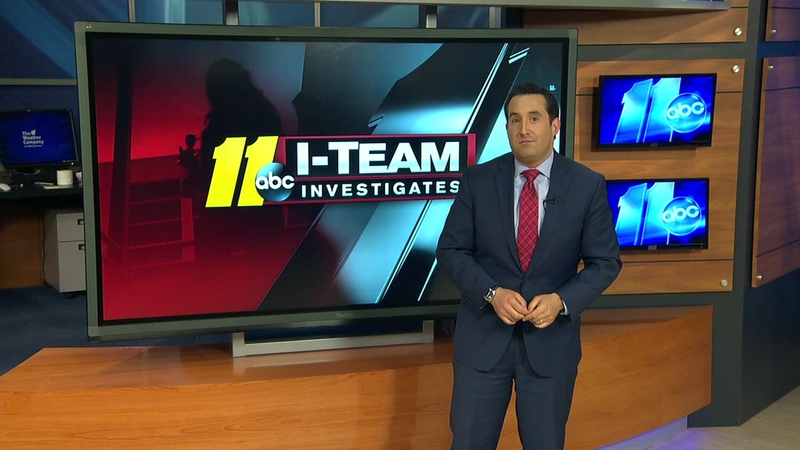 WASHINGTON -- In a landmark decision, the Supreme Court ruled Thursday on the North Carolina gerrymandering case, saying federal courts have no role to play in policing political districts drawn for partisan gain. The decision could embolden political line-drawing for partisan gain when state lawmakers undertake the next round of redistricting following the 2020 Census.

"For the first time ever, this court refuses to remedy a constitutional violation because it thinks the task beyond judicial capabilities," Justice Elena Kagan said.

Still, she reiterated the importance of the issue.

"The partisan gerrymanders here debased and dishonored our democracy, turning upside-down the core American idea that all governmental power derives from the people," she wrote.

"What the appellees and dissent seek is an unprecedented expansion of judicial power," wrote Justice John Roberts.

The justices said by a 5-4 vote that claims of partisan gerrymandering do not belong in federal court. The court's conservative, Republican-appointed majority says that voters and elected officials should be the arbiters of what is a political dispute.

"Today's decision is devastating to the voters in North Carolina who have lived with unconstitutional districts in the last four federal elections," said Janet Hoy, co-president of the League of Women Voters of North Carolina and a named plaintiff in the case. "While we were hopeful that the Court would set a standard to address extreme gerrymandering cases like ours, we will continue to work on getting fair maps for North Carolinians through other means."

"This ruling is a rebuke of the activist judges who attempt to make laws, win elections and suppress the voices of voters from the bench," Rep. Mark Walker said after the decision. "There is no doubt that North Carolina liberals' 'sue till blue' strategy will continue as we face more partisan cases that cost the state more money and faith in our election process. For now and in the future, serving the people of North Carolina is the greatest honor of my life. I look forward to continuing those efforts, fighting for conservatives values, and protecting the voice of voters from judicial activism."

"We are pleased that the Supreme Court declined to overrule the sovereignty of states and has held that the power to draw Congressional Districts lies with state legislatures and not the courts," NCGOP said in a statement.

Complaints about partisan gerrymandering almost always arise when one party controls the redistricting process and has the ability to maximize the seats it holds in a state legislature or its state's congressional delegation; that's what happened in North Carolina, where Democrats hold only three of 13 congressional districts in a state that tends to have closely decided statewide elections.

Supporters of limits on partisan redistricting have said that it's more urgent than ever for the court to intervene because partisan maps deepen stark political division in the United States and sophisticated computer programs allow map-makers to target voters on a house-by-house basis.

Republican leaders in the General Assembly, however, have long maintained they were simply playing by the rules and charged Democrats with complaining to the courts when they didn't like legitimate outcomes of elections. They also have expressed concern about judicial overreach and said a sudden push for new maps could lead to voter confusion.

Some lawmakers, increasingly wary of a Supreme Court decision, have filed bills in the General Assembly proposing new checks and balances on redistricting.

"Supporting redistricting reform was right when we were in the minority, and it's still right now," Rep. Chuck McGrady, a Henderson County Republican, said in February. "We are here to serve the people of North Carolina and we must make sure they can have full confidence in the integrity and fairness of our elections."