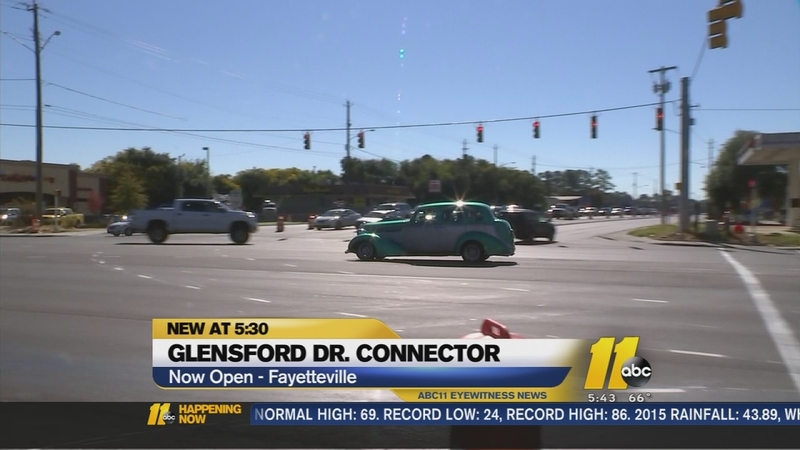 FAYETTEVILLE (WTVD) -- After three decades of planning and four years of construction, the long-awaited Glensford Drive connector is now open to drivers in Fayetteville.

The four lane, 1.4 mile stretch runs from Raeford Road through the Montclair neighborhood and into the city's main shopping district that includes Cross Creek Mall.

Construction began in 2012, and the project was originally set for completion last year.

The ongoing construction has caused concern for businesses, as well as Montclair neighbors because the neighborhood was used as a detour route for many years, and round-a-bouts were placed throughout the neighborhood.

He believes the route is a step in the right direction to alleviate congestion on other roads. As long as drivers don't speed through Montclair, he doesn't believe neighbors will be disrupted any further.

"If we can keep the trucks out of here and the speed limit [at 35 mph], it shouldn't be a problem for the people living in Montclair," Arp said.

NCDOT crews will remain on-site for several weeks as they complete landscaping work connected to the project.