In "Godmothered," a trainee who is desperate to do a good job finds an old letter from a child whose wish was ignored. She tries to make it up to the now grown-up woman, who wants nothing to do with magic.
OTRC
By George Pennacchio 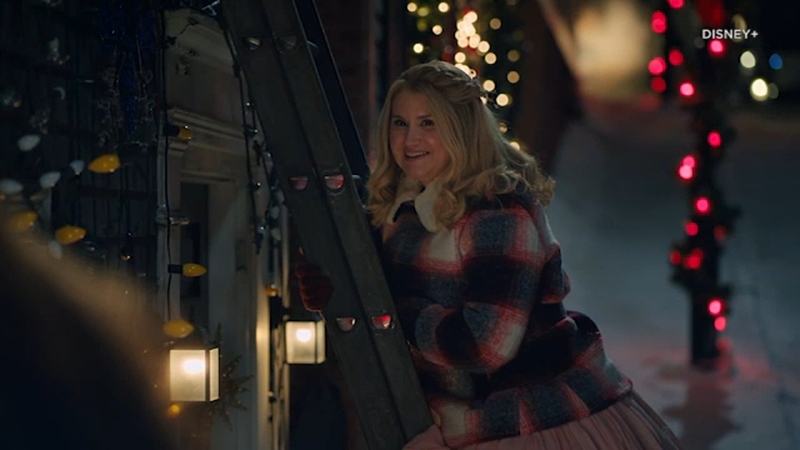 There's a new twist on the traditional "Fairy Godmother" story this holiday season. In "Godmothered," Jillian Bell plays Eleanor, an eager godmother-in-training who tries to infuse much-needed magic into our current real world. Isla Fisher also stars as an overworked single mom, who needs a few wishes fulfilled, whether she likes it or not!

Bell's godmother trainee is desperate to do a good job. She finds an old letter from a child whose wish was ignored and makes it her goal to help that little girl. Problem is, she's now an adult, and she is not happy with the way her life is turning out.

So why is this girl so stressed? Because now she's a grown-up, a single mom of two kids, and her job is a television news producer!

Last year, Fisher stopped by KABC-TV in Los Angeles to visit with a few of our producers to get the taste of television reality.

"That was so fantastic! I've been telling everyone, I got to see how hard you guys work and really how pressured that environment can get," said Fisher.

Even though Fisher's character is on edge, she says she often had a hard time staying "crabby" on set because of Bell's antics.

"Every time Jillian made a joke, when Eleanor's doing all this great improv I remind myself I would not find it funny. She could be dangerous, I don't want a Fairy Godmother; but it's hard not to get swept up in the magic and the fun," said Fisher.

In real life, Bell believes if she had the power to grant wishes, she'd probably have trouble reigning things in.

"I probably at first would be the person, or the fairy godmother, that would give her client anything that she wanted and then realize, 'Well, maybe let's slow it down a little bit and be more realistic about what they actually need,' because there's a difference between a want and a need," said Bell.

"Godmothered' touches on the theme of "happily ever after," but Fisher thinks it adds a modern take.

"You can tell your daughters or sons that your happily ever after will look different from your friends, or mine, or yours and that's great and so inclusive," said Fisher.

"It's really a fun classic comedy," said Bell. "It's so lighthearted and full of holiday joy."