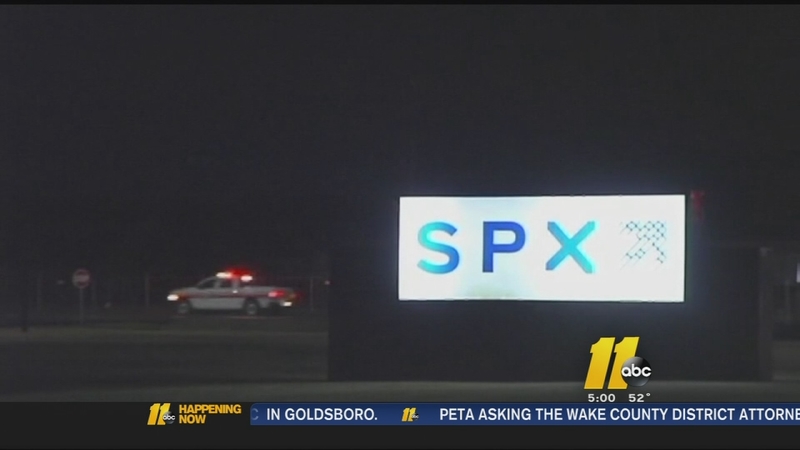 Another person was taken to Wayne Memorial Hospital.

It happened around 6 p.m. Monday.

The two employees who died were identified Tuesday as 51-year-old Dennis Martin of Goldsboro and 33-year-old Daniel Craig Anderson of Dudley.

The third person, 40-year-old William Saviak of Dudley, was last listed in serious condition at the Intensive Care Unit at Wayne Memorial Hospital.

Savaik was trying to help his co-workers Monday night.

Debby Snyder is a close family friend of Savaik. She told ABC11 Tuesday he is fighting for his life at the hospital and his oxygen levels were low when he was admitted.

"They have him in a coma because when they brought him in, he kept trying to fight with the doctors only because he had the mind set he was still trying to rescue them," said Snyder. "[He's a] brave man in my opinion."

Wayne County Sheriff's Major Tom Effler said authorities don't yet know what harmed the workers. The incident will be investigated by the North Carolina Industrial Commission.

SPX Corporation released a statement Tuesday about the incident that said in part, "We are shocked and deeply saddened by this incident, and offer our sincerest condolences to the families and loved ones of the employees involved."

"The safety of our employees and their work environment is a top priority for SPX, and we are working closely with representatives of the Occupational Safety & Health Administration (OSHA) and other authorities to conduct a thorough investigation of this incident and its cause," the statement went on to read. "We are also providing grief counseling and support services to all our employees at our Goldsboro facility."