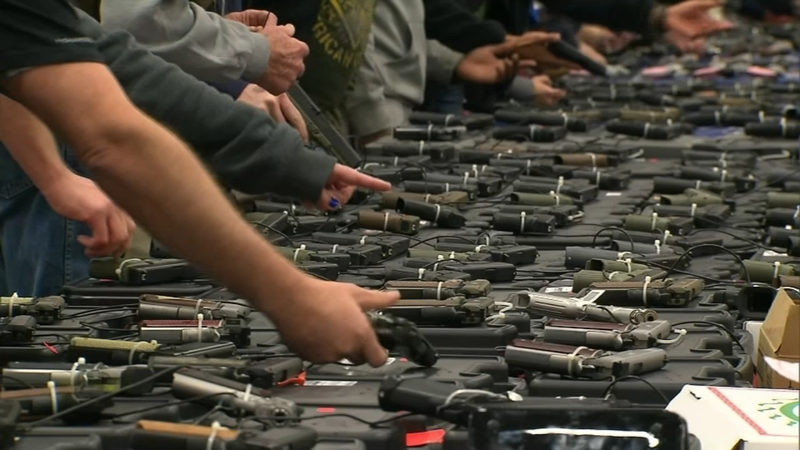 In a news conference Wednesday, Texas governor Greg Abbott placed the blame for the shooting at an elementary school in his state on mental health issues.

However, those who advocate against gun violence, like Rev. Jennifer Copeland of the North Carolina Council of Churches, said blaming mental health is an easy way out.

While Copeland thinks mental health and gun sales are separate issues, the two have often been conflated, particularly after mass shootings.

In North Carolina, one in six counties has more places to buy a gun than to see a mental health professional.

Copeland said she doesn't find this statistic surprising. She and her organization advocate for stricter background checks, more gun safety measures, and more training for people who do have guns.

"We need better laws so then the gun dealers can do the background checks, can ensure that people who buy guns are going to use them properly and safely, we can also follow up with some gun safety training for those who own guns, we can teach people how to use gun locks," she said. "There are just a plethora of things that we can do to keep ourselves safe, to keep our neighbors safe."

Becky Ceartas, the executive director of North Carolinians Against Gun Violence, takes a similar approach. She added that adequate mental health in schools could make a huge difference in keeping people safe.

"We definitely need to be investing in people and people's well being, and especially when we're looking at schools, to make sure there's enough support staff like psychologists, psychiatrists, counselors, nurses," Ceartas said.

She emphasized that 80% of school shooters under the age of 18 get an unlocked, unsecured gun from their household-showing the importance of using gun locks and safes.

Copeland took her point a step further, asking why 18-year-olds should be allowed to buy high-caliber weapons like assault rifles at all.

Both Ceartas and Copeland made it clear they were not against the Constitution's Second Amendment, nor were they opposed to certified gun dealers selling weapons legally.

However, both said more could be done to make sure those who purchase guns are of sound mind and understand the responsibility.

"This is important because it closes the federal gun show loophole, which does allow people to buy a gun, you know, even if they're prohibited people like a domestic violence abuser or convicted felon, somebody experiencing a mental health crisis, you can go to a gun show or online and buy a gun, no questions asked," Ceartas explained. "But here in North Carolina, we've closed this dangerous loophole on handguns with our pistol purchase permitting system."