Triangle, like much of nation, sees increase in gun violence 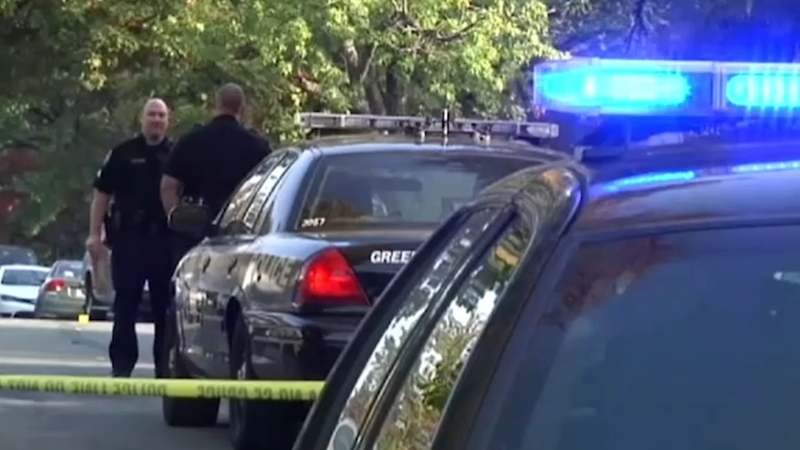 Triangle, like much of nation, sees increase in gun violence

Senior administration officials said on a call with reporters Wednesday evening that Biden is going to New York City "because it is a community where they continue, like many other cities across the country, to experience a spike in gun violence."

Gun violence and crime have increased in New York and many other major cities since Biden took office.

The visit gave the president a chance to push back against Republicans and other critics who say he's soft on crime, and to distance himself from those on the left flank of his Democratic Party who want to shift funding away from police departments to social spending programs.

"The answer is not to defund the police," Biden said Thursday. "It is to give you the tools, the training, the funding to be partners, to be protectors and know the community."

The Triangle has not been immune from the increase in gun violence. In 2021, there were 26 deadly shootings in Raleigh, up from 22 in 2020.

In Durham, there were a record-high 50 homicides in 2021, a more than 30% jump from 2020. However, Durham did see decreases in a number of other crime categories, including aggravated assaults involving a firearm, burglaries, and robberies.

Through Jan. 29, Durham's shooting statistics were fairly stable compared to the same time period in 2021 and 2020, as authorities, elected officials, and advocates continue to work together to reduce gun violence.

For Judge Peppers, that includes sharing his story.

"When I did the eight years, it taught me a whole lot that this ain't the road I want to go down," said Peppers, referring to his time incarcerated.

Peppers explained he was arrested on a gun charge while a teenager involved in gang activity; upon his release, he had challenges finding a job before landing an opportunity at T-Mac Tinting in Durham.

"I took that and tried to reach the other youth that was my age and going down the same direction and try to help them," Peppers explained.

He created Phantom Custom Car & Truck Club, which offers youth a chance to learn a trade.

"It was fortunate and blessed for me to have come out of it. And a lot of people don't come out of it. So I think I'm here, my purpose is, to teach them where I come from, and there is a way that they can come out of it," Peppers said.

He is proud of the successes they've seen and hopeful for more in the future.

"We've got a few guys who we have trained. And they are now successful. We have a guy that's in Raleigh who came in. His background is a convicted felon. We taught, T-Mac Tinting taught him how to window tint. He has his own business in Raleigh now," Peppers said.

In 2016, her son Ahmad, a student at North Carolina A&T, was shot and killed while at a house party.

"He was such a humble, sweet young man that everybody loved him," said Campbell.

Both Peppers and Campbell believe funding recreational activities and programs to divert youth is important to preventing gun incidents, with Campbell saying she believed education about the dangers of gun violence should start as young as elementary school.

"No parent should have to bury their child," said Campbell.

"Instead of just coming in once a crime has happened, really looking at how to prevent those crimes overall, and improve people's daily lives. Because that's what we must do, and we must remember that whenever we hear about a shooting, that is impacting a community, a family," said Becky Ceartas, the Executive Director of North Carolinians Against Gun Violence.

"We saw in our state budget money for Duke University Hospital and a Winston-Salem based hospital to implement hospital-based intervention programs. And at the local level, it's been very exciting to see multiple cities across our state adopt community violence intervention programs. Durham has the longest-standing one, there's one in Charlotte, Greensboro, Winston-Salem, and recently New Hanover County they've invested up to $350 million to prevent gun violence," said Ceartas.