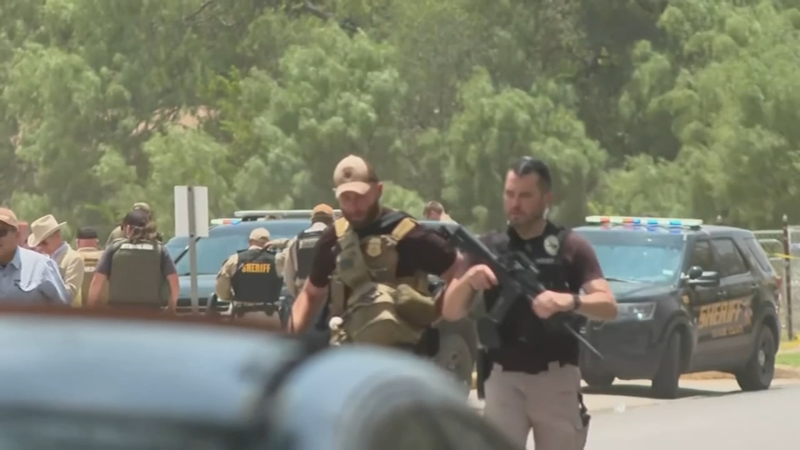 Triangle community reacts to a bipartisan agreement on gun reform

DURHAM, N.C. (WTVD) -- The bipartisan gun reform agreement in Congress has support from NC Republican senators like Sen. Richard Burr and Sen. Thom Tillis, who were part of the two-week long negotiations.

While some in the Triangle say the agreement is an important step forward, others think it doesn't go far enough.

On Sunday evening, police swarmed Magnolia Pointe apartments off Danube Lane in Durham after a person was shot.

The victim was rushed to hospital and is expected to survive.

"Satan is on the loose," said neighbor Mary Young.

The shooting was just steps from her door. She says she doesn't believe a new gun reform law in Congress will curb gun violence.

On Sunday, in response to nationwide gun violence and mass shootings 20 Republicans and Democrats in the U.S Senate announced a bipartisan agreement on gun reform.

Anti-gun violence groups reacted to the proposed measures to ABC11

"After decades there has been no action at the federal level while thousands have been killed by firearms, so it is so important that we are doing something," said Becky Ceartas, executive director of North Carolinians against Gun Violence. "We know that there is a lot of work ahead of us, but this is still a really good start."

The issue hit home for Sherry Williams. Her son JaQuienton Sellers was shot and killed in 2007. The case in Hillsborough remains unsolved.

Last month, her youngest son Jabari Williams was found dead with a gunshot wound following a crash in the 800 block of South Street in Durham.

Both of her sons were under the age of 25.

"To lose a child-you expect for your kids to bury you. Not you burying your kids," said Williams. "I'm just so upset with the kids with these guns and the mentally ill. Something has to be done."