Father of teen mom and baby killed in crash along with 2 others asks, 'why my baby?' 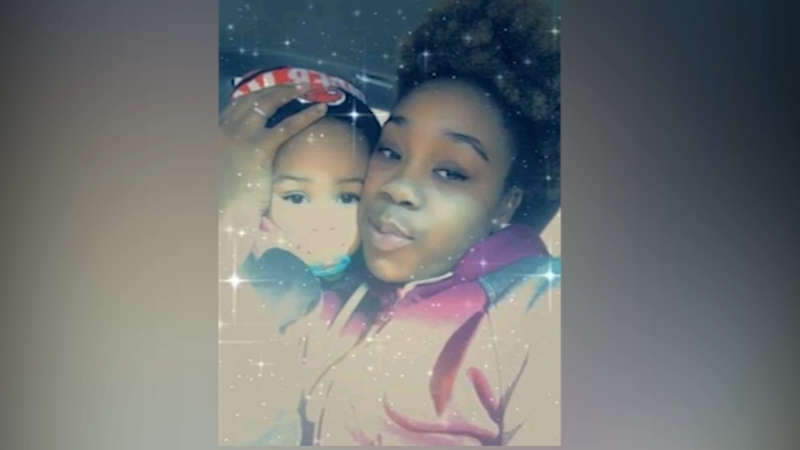 HALIFAX COUNTY, N.C. (WTVD) -- A family will gather Saturday to say goodbye to Ta'Nautica McDowell and her 1-year-old daughter, London. The two were among four people killed in a single-vehicle crash last week.

Authorities say the driver was going way too fast.

For the first time, Ta'Nautica's father, Christopher Lyons, McDowell is seeing the wrecked car that his 17-year-daughter and his granddaughter were in the moment they were killed.

"She was a working teen mom. Why my baby?" said Lyons, who spoke to ABC11 exclusively.

Five people were inside the Honda Accord. Investigators said 27-year-old Jacques Dickens veered off Highway 125 into a ditch, near Sand Pit Road before slamming into trees.

The Highway Patrol said the car was going 100 mph, more than double the speed limit.

"Where was that car coming from and why was it going that fast?" Lyons said. "This should be an eye-opener for drivers -- you can't speed. I don't want this to happen to anybody else's family."

Ta'Nautica was in the front passenger seat holding her daughter, London. Both of them died.

Dickens, the driver, and passengers Jamal Sherrod and Shakeirra McDowell, were thrown from the vehicle.

Lyons said he saw the group briefly at a local store just hours before the crash.

"That car was pulling off at the gas pump. I didn't really see if the car had the car seat in the car," Lyons said. "But when I came out the store, that car was gone."

Lyons said that normally his daughter would put her child in the car seat. He said he believes someone was chasing their vehicle before it crashed.

But on Wednesday, NC Highway Patrol said that crash evidence and statements from Shakeirra McDowell, the sole survivor, don't support that claim.

Troopers are still investigating. They are also waiting for Dickens' toxicology report to determine whether he was impaired.

The victims were all related.