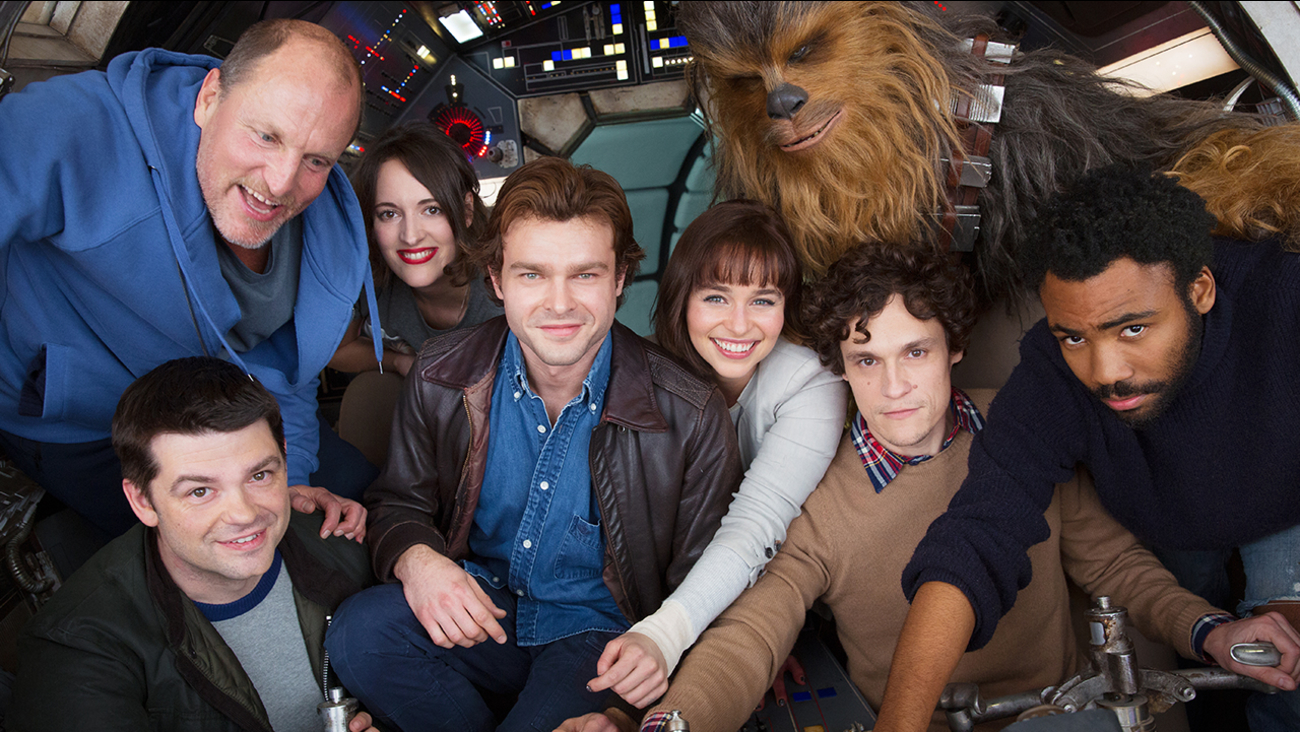 I've got a good feeling about this, Chewie. Star Wars fans have an early glimpse of the upcoming Han Solo movie with this epic cast photo.

As the Star Wars universe continues to expand, a new movie out next year will explore the adventures of a young Han Solo before the events of A New Hope. Alden Ehrenreich will play Han in the yet-to-be-titled movie, which also stars Donald Glover as Lando Calrissian and Emilia Clarke. The cast also includes Woody Harrelson, Thandie Newton, Phoebe Waller-Bridge, and Joonas Suotamo as Chewbacca.

It was announced on Tuesday that production began on Monday, and a new photo was released of the cast and creative team crammed inside what appears to be the famed Millennium Falcon.

The untitled Han Solo film is expected to hit theaters on May 25, 2018.