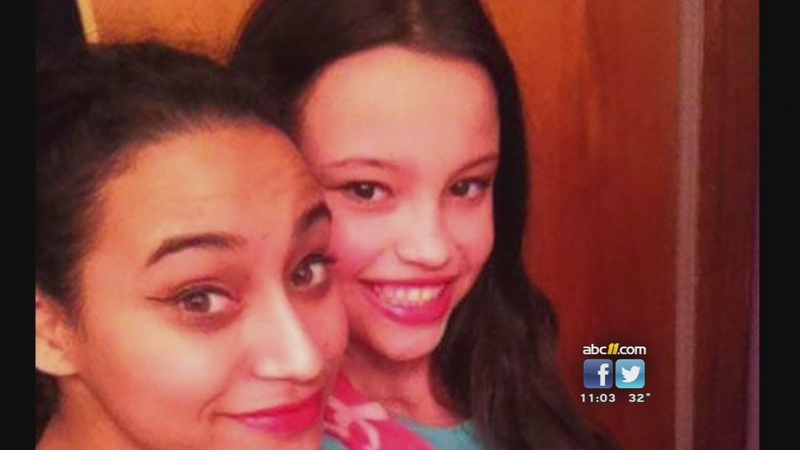 BROADWAY, N.C. (WTVD) -- Two teenagers were killed and a third was critically injured in a hit-and-run in Broadway Saturday.

The North Carolina State Highway Patrol said five teens went to a convenience store to grab some snacks around 11:15 p.m. The store is located on Highway 421 near the McNeill Mill Road.

They were walking back when a white or a light-colored SUV hit three of the kids and left the scene.

Authorities said 13-year-old Jennafer Schark and 16-year-old Kyle Strait were killed. The teens were both from Broadway.

"One minute my sister was there and the next she wasn't," said Jennafer Schark's sister, Jessyka. "I ran up the road and she was on the ground and the truck just sped off. They didn't stop."

Jennafer's mother, Janice, also spoke out about what happened.

"How can this person have done this to my child, to all of them that were there. It was unfair. Their lives were taken too soon," she said. "God willing, we'll find the person who did this."

The Schark family is now preparing to bury the 13-year-old. A online fundraiser has been set up to help pay for funeral expenses. More information here.

Jessyka said Strait, like her sister, deserved better. "My friend Kyle was a really good person. He was funny and he was outgoing, and neither of them deserved this."

Steven Daniels, 14, was also hit and rushed to the hospital. Daniels, from Sanford, was taken to Central Carolina Hospital where he is listed in critical but stable condition.

Troopers plan to check the cameras at the gas station and nearby businesses to find out more about the suspect's vehicle.

Grief counselors will be available at both schools.

Anyone with information and/or tips should contact the Troop B Highway Patrol Communication Center at 1-800-334-7411 or the Harnett County Highway Patrol Office at (910)893-5704.