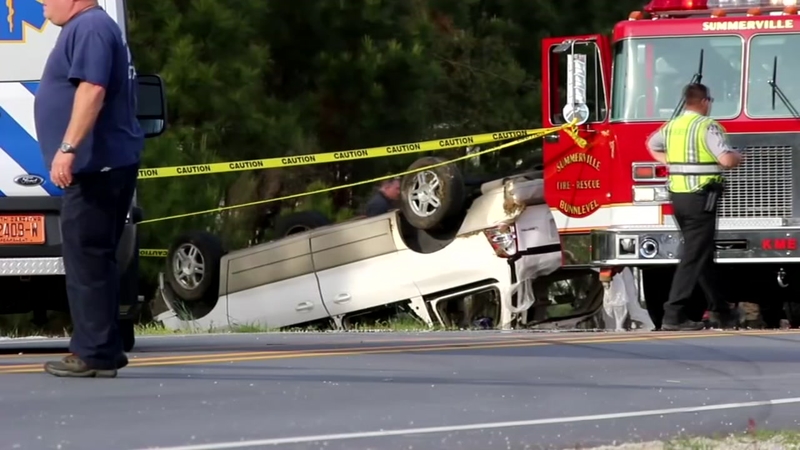 HARNETT COUNTY, N.C. (WTVD) -- A woman is facing criminal charges after a crash that killed her young daughter in Harnett County on Thursday, according to North Carolina State Highway Patrol.

SHP said Theresa Peterson was driving north on NC 210 with five children in her car. When her vehicle went off the right side of the road, she overcorrected and went all the way across the highway, flipped and landing in a ditch.

During the crash, 7-year-old Aniyah Peterson was ejected from the vehicle. She was the only child in the car not wearing a seat belt. First responders pronounced her dead at the scene.