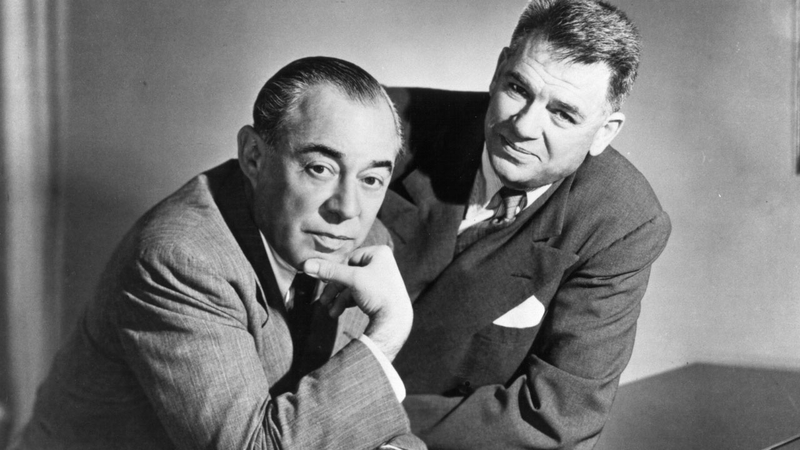 LOS ANGELES -- The idea of somebody named Oscar winning an Oscar might sound too good to be true, but it's actually happened...twice!

Both instances involved renowned lyricist Oscar Hammerstein Jr. winning the Oscar for best original song. He won at the 14th Oscars in 1942 for "The Last Time I Saw Paris" from the film "Lady Be Good" alongside composer Jerome Kern, beating out the likes of Frank Churchill, Gene Autry and Cole Porter. Hammerstein snagged a second win not long after at the 18th Oscars in 1946 for "It Might As Well Be Spring" from the film "State Fair" with his longtime collaborator Richard Rodgers, with whom Hammerstein had a string of Broadway musical mega-hits.

In addition to Hammerstein's two wins, he and several other Oscars have picked up Oscar nominations throughout the years, according to the official Academy of Motion Picture Arts and Sciences database.

David Fincher's "Mank" led nominations to the 93rd Oscars with 10 nods, and for the first time, two women - Chloé Zhao and Emerald Fennell - were nominated for best director. Here's a look at nominees in key categories.

The Oscars aren't the only award show with same-name winners. Several Tonys have been awarded to men named Tony (most recently Tony Shalhoub, who won best actor in a musical in 2018 for his work on "The Band's Visit") and writer Emmy Blotnick was among those to win a Primetime Emmy in 2019 when "The Late Show with Stephen Colbert" won for outstanding writing for a variety series.

Mark your calendars: April 25 is Oscar Sunday. Live coverage begins Sunday morning and continues all day with special "On The Red Carpet" coverage leading up to the 93rd Academy Awards ceremony. After the last award is handed out, stay with "On The Red Carpet" for continuing coverage. Be sure to follow @OnTheRedCarpet on Facebook, Twitter, Instagram and TikTok for all your Oscar news and information.
Report a correction or typo
Related topics:
arts & entertainmentemmysoscarsacademy awardsaward showshollywoodhistorytony awardsotrcprimetime emmy awards
Copyright © 2022 WTVD-TV. All Rights Reserved.
RELATED
NYU student film 'Bittu' in the Oscar race for best short
'Sound of Metal' star Paul Raci thrilled by Oscar nomination at 72
Meet the real people who inspired 'Nomadland'
Steven Yeun becomes Oscars' first Asian American best actor nominee
OSCARS
Denzel Washington poised for Oscar nod in 'The Tragedy of Macbeth'
Oscar buzz about Kirsten Dunst in 'The Power of the Dog'
Oscars will have a host this year
Tom Hanks, Laura Dern to host 'A Night in The Academy Museum' on ABC
TOP STORIES
Snow falling in some areas, expected to last until sunrise
New study highlights where you are most likely to catch COVID-19
NC man denied life-saving kidney transplant over vaccination status
Widow delivers heart-wrenching eulogy for NYPD detective
In wake of Pittsburgh bridge collapse, how safe are NC's bridges?
Restaurants, battered by wintry weather, hope business stays brisk
News & Observer: There are 54,000 possible Cook Out combos
Show More
Cooper vetoes bill that would push NC primary to June 7
How many times can I reuse my N95 mask?
10 injured in PA bridge collapse; human chain formed to help
Decades after TV anchor disappears, convicted rapist denies connection
LATEST: Breakthrough cases make up 37% of new COVID infections
More TOP STORIES News