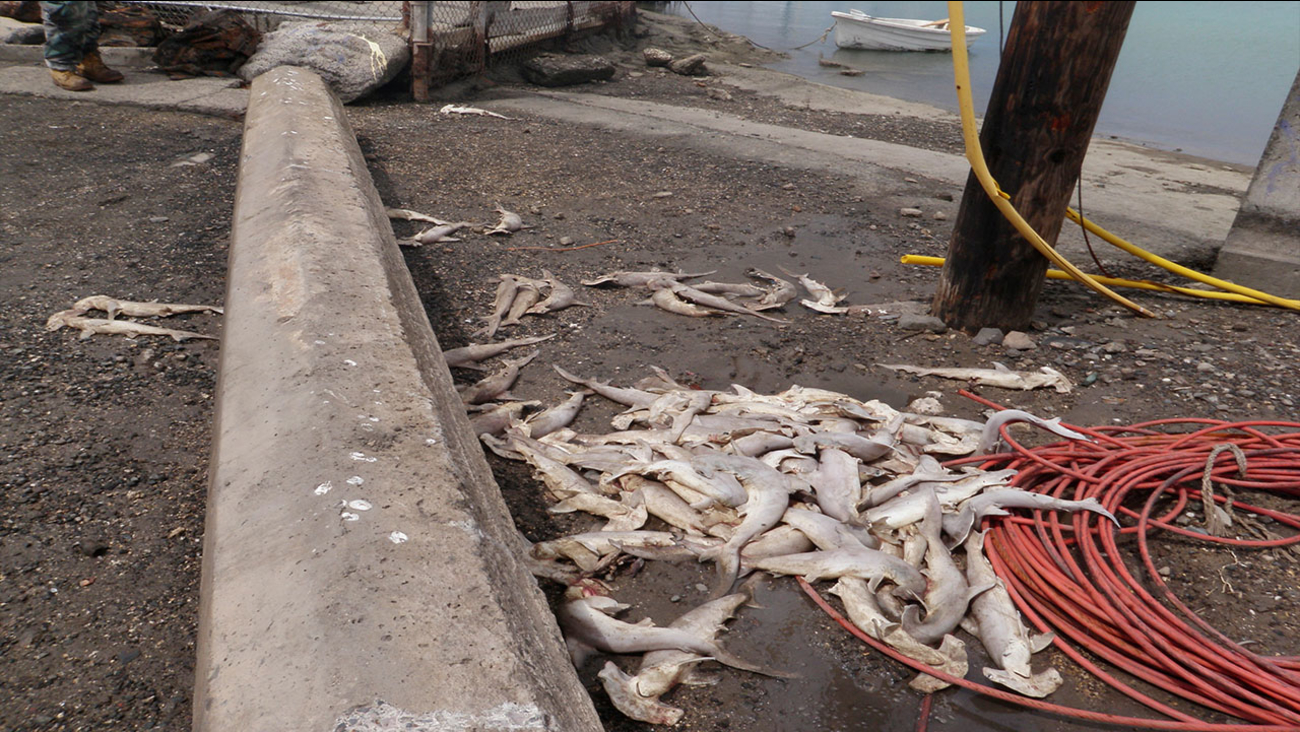 Dozens of baby hammerhead sharks that were found dead near Keehi Lagoon in Honolulu. (Credit: Hawaii Department of Land and Natural Resources via AP)

HONOLULU -- Hawaii authorities are investigating after dozens of baby hammerhead sharks were found dead Tuesday near Keehi Lagoon in Honolulu.

The state Division of Conservation and Resources Enforcement has opened an investigation following the discovery of 50 to 100 dead shark pups piled up near La Mariana Sailing Club.

The lagoon is a known birthing location for hammerhead sharks, but it is not natural for shark pups to be found on shore in large numbers, state officials said.

The sharks may have been netted and dumped on land by a fisherman, said Andrew Rossiter, the director of the Waikiki Aquarium.

"To breathe they have to keep moving, so once they're in the net for even two to three minutes, they're unable to breathe and they suffocate," Rossiter told KHON-TV.

Rossiter said he has never seen so many shark pups killed at one time. The state should have tougher laws to prevent the killing, he said.

"When it's the pupping season and it's a pupping area, then maybe they should restrict or ban the use of gill nets just for a couple of weeks to give them a chance," Rossiter said.

The responsibility of removing the dead sharks is with the lessee of the state property, city spokesman Andrew Pereira told the Honolulu Star-Advertiser.