Flu numbers are down, but doctors remain concerned 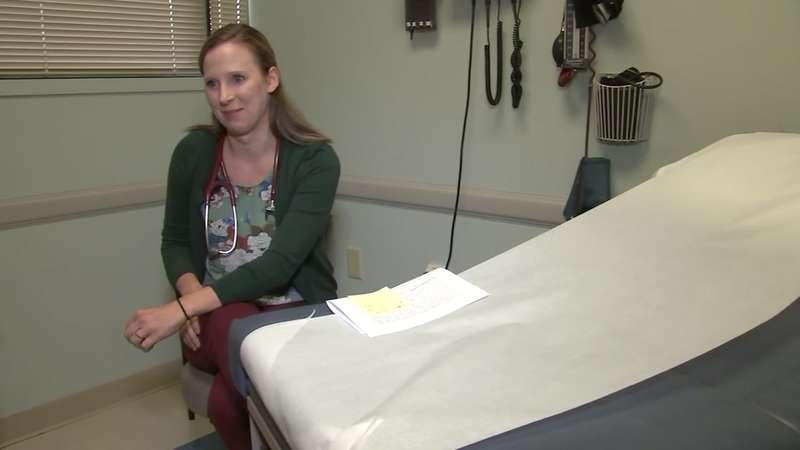 RALEIGH, N.C. (WTVD) -- The most recent flu report, released Thursday, showed zero new deaths for the latest reporting week. However, one doctor who spoke to ABC11 strongly urged for residents to get the flu vaccination and protect themselves and others from getting sick.

"If you think about and you worry about it, go see a medical professional," said Dr. Jessica Heestand, a physician at Wake Internal Medicine.

Heestand, who has been with the practice on Blue Ridge Road for three years, said, "If everyone gets their (flu) vaccines, the hope is that even if you got sick or had an exposure, your immune system will have a better response to that exposure."

According to the Sickweather app, a crowdsourced mobile app that scans areas for social media mentions of various illnesses, Raleigh and Durham both show a "high risk" for susceptibility to the common cold, a cough, and fever. In Fayetteville, a "very low risk" area at this time, sore throats are on the list.

"We're seeing a lot of people come in with respiratory infections," Heestand added. "Just generally not feeling good. Then a couple people with GI (gastrointestinal) symptoms -- nausea, diarrhea. I would say in the last month we've seen a lot more of that."

The physician warns, "If you're sick, don't go around other people. Don't go to school. Don't go to work. Especially if you're having a fever to go with the cough. I say, come get checked out."

The winter months, and even up until May, Heestand said she sees more respiratory illness and "classic" flu-like symptoms. "This year we started seeing them a little bit earlier," Heestand said. "I had my first positive case of the flu in September from somebody who was traveling."

Heestand said she believes following these recommendations can keep you safe and healthy.