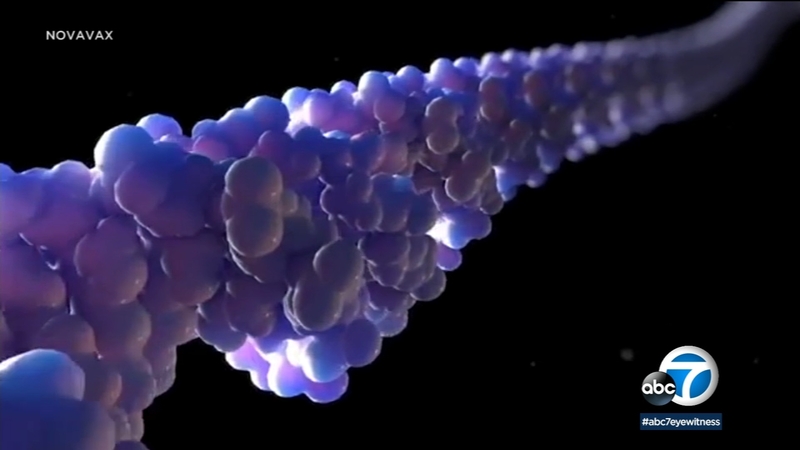 NEW YORK -- The American biotechnology company Novavax announced on Monday that its coronavirus vaccine candidate was found to have an overall efficacy of 90.4% in a Phase 3 trial conducted across the United States and Mexico.

Additional analyses of the trial are ongoing, according to the company, and will be submitted to peer-reviewed journals for publication.

The trial results appear consistent with the efficacy and safety profile the vaccine previously showed in a Phase 3 trial conducted in the United Kingdom, Dr. Gregory Glenn, president of research and development for Novavax, told CNN.

"Different continent, different population, different viruses floating around, and yet, we still see really good efficacy," Glenn said. "This is what you want to have."

The study launched in December and enrolled 29,960 adults across 113 sites in the United States and six sites in Mexico. Some of the participants were given a placebo and some were administered two doses of the Novavax vaccine 21 days apart.

There were 77 Covid-19 cases that emerged among participants during the study, according to Novavax. Sixty-three of the cases were in people in the placebo group and 14 in the vaccine group.

The company noted that all cases in the vaccine group were mild. There were 10 moderate and four severe cases in the placebo group, demonstrating a vaccine efficacy of 100% against moderate or severe disease, according to Novavax.

Most cases were in "high-risk" people, such as those older than 65, with certain comorbidities or having frequent exposure to Covid-19. The company announced the vaccine's efficacy was 91% in "high-risk" populations.

Novavax researchers also took a close look at sequencing data for 54 of the 77 Covid-19 cases in the study. Based on their sequencing of those cases, the company announced that the "vaccine efficacy was 93.2%" against variants of concern or of interest.

A final analysis of Novavax's UK Phase 3 trial results, announced in March, showed that the vaccine had an overall efficacy of 89.7% -- and its efficacy was 96.4% against the original coronavirus strain and 86.3% against the B.1.1.7 variant first identified in the UK.

Novavax's coronavirus vaccine, called NVX-CoV2373, differs from the three vaccines already in use in the United States. The vaccine relies on what is called recombinant nanoparticle technology and Novavax's adjuvant, called Matrix-M, to stimulate an immune response.

The two mRNA vaccines that were authorized last year in the United States -- from Pfizer/BioNTech and Moderna -- both use genetic material to stimulate an immune response. Johnson & Johnson's single-shot vaccine, which was authorized in February, uses a weakened common cold virus as a vector to carry the genetic instructions.

Novavax said on Monday it plans to apply in the US for emergency use authorization of its vaccine in the third quarter of this year and is "on track" to manufacture about 100 million doses per month by the end of the third quarter.