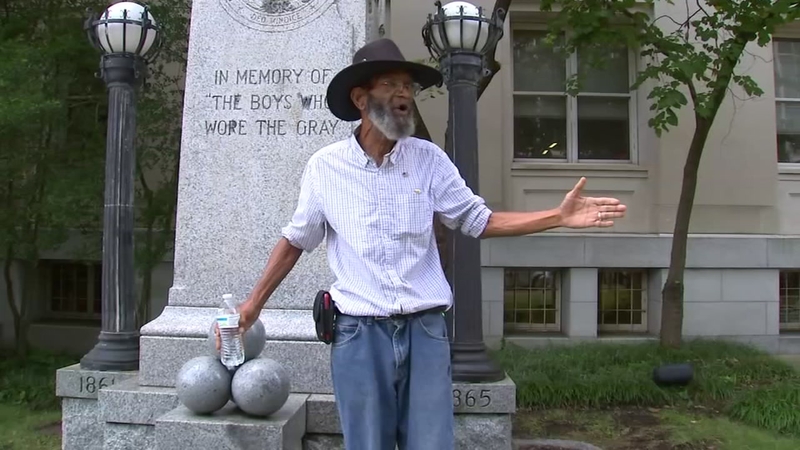 Rhetoric heats up after Durham Confederate statue ripped down

DURHAM, North Carolina (WTVD) -- The heated rhetoric ramped up Tuesday, a day after protesters toppled a Confederate statue that had stood in Durham since 1924.

That protest Monday, organized by the Communist-platform based World Workers Party, was in response to the violence in Charlottesville, Virginia, this past weekend, where a protester was killed and dozens injured when an apparent Nazi sympathizer drove a car into a crowd where protesters were confronting white nationalists holding a rally.

On Tuesday, several people made their way to the site of the Confederate monument, where the base still stands and voiced impassioned opinions on both sides. Listen to their voices in the video above.