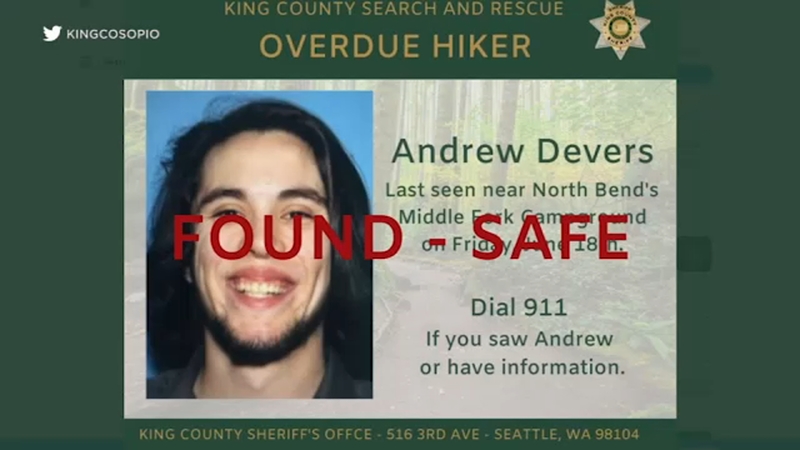 How a rescued hiker survived 8 days in Washington state wilderness

NORTH BEND, Wash. -- Details emerged about how a missing 24-year-old hiker survived more than a week in the rugged Washington state wilderness before being rescued.

Andrew Devers' ordeal began when he went on an early-morning hike on June 19, according to the King's County Sheriff's Office.

He was discovered just Sunday by a runner on a remote trail in the city of North Bend, after being missing for eight days. He sustained himself during that time by eating berries and drinking river water, authorities said.

Devers was evaluated by medical officials and is expected to be OK.

In a tweet, the Sheriff's Office thanked all search-and-rescue volunteers who participated in the effort to find Devers.