'We can't put the blame totally on the children': Durham teens reflect on loss of another student 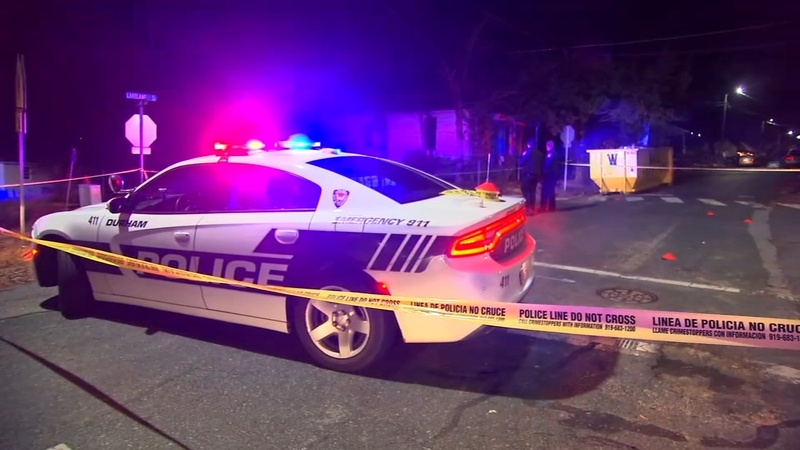 Hillside High school seniors mourn the loss of another classmate

DURHAM, N.C. (WTVD) -- Hillside High School seniors Jeronald Barbee and Isaac Lowe had no idea the start of their final week before winter break would be spent reflecting on the death of another student from the student body.

15-year-old Ariuna Cotton was shot and killed Monday morning after the stolen car she was riding in was targeted by an unknown gunman. Those responsible for the shooting also killed 19-year-old Isaac Carrington, a former Northern High School and Durham Performance Learning Center student.

"We rarely talk about any of the violence that goes on here," said Lowe.

"We don't bring no negativity over here. We just try to keep everything positive and everybody happy and other stuff in the school and we ain't messing with nothing," said Barbee.

Their comments come after some in the community admit to know the people responsible for the deaths, as well as the likely motive.

"(School administrators) do sometimes talk about shootings that happen here," said Lowe. "You know kids getting shot...but that's only for like a little bit of time."

Both Lowe and Barbee said the trending topics change often and the attention span is relatively short.

Durham activist, Minister Paul Scott, believes if you look closely enough and listen, you'll see kids and teenagers speak their own language on the internet.

"Because a lot of these shootings that are happening amongst the youth; you can see them days before they happen. Facebook, Twitter, TikTok," said Scott. "So I urge the parents, check your child's social media."

"We have to be realistic," added Scott. "We can't put the blame totally on the children. We have to look at decades and decades of failed policy. So what we see right now is really a case of chickens coming home to roost."

Even though some in the community have said they know who is responsible for the deaths, along with the motive, the Durham Police Department has yet to announce a suspect description or any arrests.
Report a correction or typo
Related topics:
societydurhamhigh schoolteen shotviolencecommunitystudents
Copyright © 2022 WTVD-TV. All Rights Reserved.
TOP STORIES
LIVE: Tornado warning issued for parts of northeastern NC counties
Homeless veterans get an assist from Durham's Rotary Club
Truck slams into NC woman's new home
SCOTUS makes it tougher for prisoners to argue counsel was ineffective
Shelf cloud seen in Raleigh ahead of line of storms
New NC flood monitoring system ready for next big storm
Father puts 1,000 miles on his car to find specialty formula
Show More
Student says he was told not to mention 'Don't Say Gay' law in speech
Clayton police arrest man in shooting that injured 1
More than 75,000 pounds of baby formula lands in US amid shortage
Report: Top Southern Baptists stonewalled sex abuse victims
Arby's is selling a fast-food staple it's never offered before
More TOP STORIES News