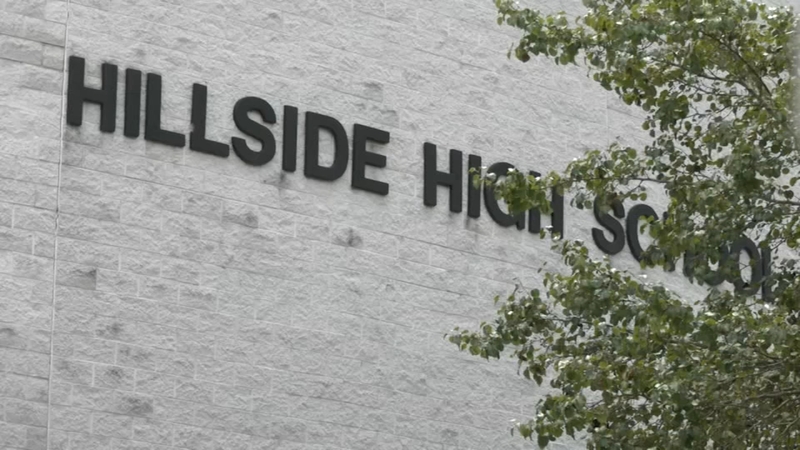 DURHAM, N.C. (WTVD) -- The cheers that erupted inside the Hillside High School theatre foyer suggested the new theater director's name rang a bell with the audience.

The walls have borne witness to plenty of notable alum who have over the years participated in the high intense dramas and foot-stomping musicals. Tiffany Agerston was named as the Hillside Theatre Director on Friday, a few months after long-time director Wendell Tabb announced his retirement.

"I'm going to be committed and give everything I have to the students here. They should always honor what the students before have established, and try to maintain those traditions, but definitely move us into the age of things that are new," she said.

The 31-year-old Durham native first arrived at Hillside as a freshmen student in the fall of 2004. The former music teacher is a North Carolina Central graduate who returned to her old stomping grounds to teach students like Kaia Brown, who is now a sophomore at North Carolina A&T State University.

"She also helped me with my character development and making my character voices. Between her teaching me to sing and be a different person altogether, I know she's a great fit for this program," Brown said.

For 35 years, Tabb led hundreds of students in the arts. His impact has been widespread as he's touched lives and exposed students to what can be if they put their heart into it.

"I think the biggest success here was watching so many former students do amazing things in the industry," he said.

As if one announcement wasn't enough, the crowd was ushered down a hallway to the new student recording studio, which was sponsored by the Triangle Park Chapter of The Links Inc.

"We've worked with the drama department for over 30 years. We first started as friends of the theatre where we solicited friends to contribute and become supporting members of the theatre in order to help advance the program," said Charletta L. Hines with the Triangle Park Chapter of The Links Inc.

That's why this moment for Agerston is full circle. She will teach students within the very walls she learned to live up to her potential.