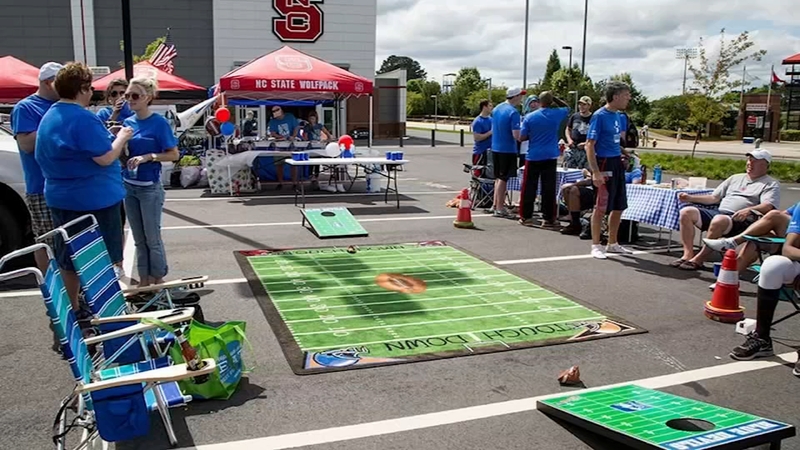 RALEIGH, N.C. (WTVD) -- After a two-year hiatus because of the pandemic, The Holt Brothers Foundation Flag Football and Cornhole Tournament fundraiser is back in Raleigh on Saturday,

The fundraiser supports the mission of the nonprofit Holt Brothers Foundation founded by former NFL players, Torry Holt and Terrance Holt, who live in the Triangle.

"It's a great way for us to fundraise and to raise funds for our cause," explained Torry Holt. "The foundation supports young kids with a parent or guardian battling cancer."

In addition to the flag football game, the event also features a cornhole tournament and judging for the elaborate tailgate set-ups. Holt says some of his friends from the NFL will help judge some of the events.

"Ron Rice, who played for the Detroit Lions, he'll be with us," Torry Holt said. "Lloyd Harrison, a good friend of mine. He played with me at NC State and also played with the Washington Redskins. He'll be here as well. Willie Parker, Super Bowl champion Willie Parker with the Pittsburgh Steelers played over at UNC, he'll be here. This is for the entire community. So we're excited for folks to come out and celebrate with us and again."