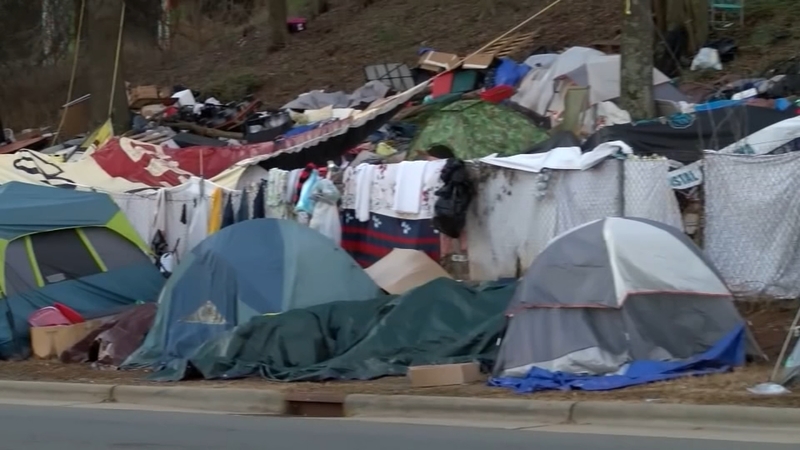 CHARLOTTE, N.C. (WTVD) -- A Charlotte city council member proposed making it a misdemeanor crime to donate to homeless and housing insecure people in the city, arguing that providing aid does more harm than good.

The suggestion was met with substantial blow back, according to CNN-affiliate and Charlotte news station WBTV.

WBTV reported that during a Charlotte council meeting, member Tariq Bokhari said while a lot of work had been done to support the city's homeless population, he felt some of that aid was actually harming the population.

"People aren't getting it, and they're still bringing food and money and resources directly to the folks that are out there right now," Bokhari said. "They're only making themselves feel good. They're hurting the ultimate folks, perhaps we explore making that a misdemeanor."

The misdemeanor charge would involve paying a fine for donations made directly to a homeless or housing insecure individual.

During the meeting, council member Renee Johnson strongly disagreed with the proposal, saying systemic factors needed to be considered.

"That's something that I would never support, especially when there's so many systemic barriers for individuals who are homeless."

RELATED: NC village plans to solve homelessness one tiny home at a time

Representatives for area nonprofit organizations, like Kenya Joseph at Hearts for the Invisible Charlotte Coalition, echoed Johnson's sentiments, adding that assisting others should not be a crime.

"It lacks humanity," Joseph said. "In what world when we as a society are at a place where we would criminalize the act of humanity, care and consideration and compassion for others in any way, shape or form, there's a huge problem."

Instead of giving money directly to individuals, Bokhari suggests donating to organizations instead.

"I think we need a heavier dose of tough love amongst this community, especially amongst those who continually give money, and food and clothing directly to these folks instead of giving them to the organizations that are designed to help them."