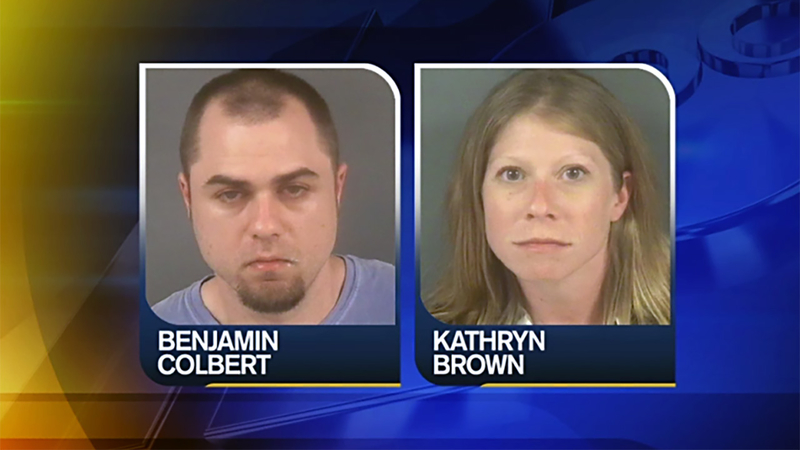 HOPE MILLS (WTVD) -- New warrants reveal a mother knew about the child abuse injuries to her 2-year-old child but took no action.

Police have charged Kathryn Brown and her fiance with felony child abuse.

No one answered the door at Brown's home just outside Hope Mills. A neighbor who wished to remain anonymous said she had not seen Brown since her arrest Wednesday.

Colbert was arrested May 18, after investigators said doctors at Cape Fear Valley Medical Center saw bruises on the child and alerted authorities.

Brown's arrest warrant says she "failed to seek medical attention when she noticed serious bruising, and knowing those bruisings were caused by Benjamin Colbert, the child's father."

Investigators said Brown included pictures of her bruised child on Facebook as part of family pictures. And after her arrest, she told officers that Colbert flew into fits of rage and beat the child several times.

It's now known that Brown also has a newborn. Both the infant and the 2-year-old are now in foster care.

Colbert is being held at the Cumberland County Jail under a $75,000 bond.