WABC
By Sandy A. Kenyon 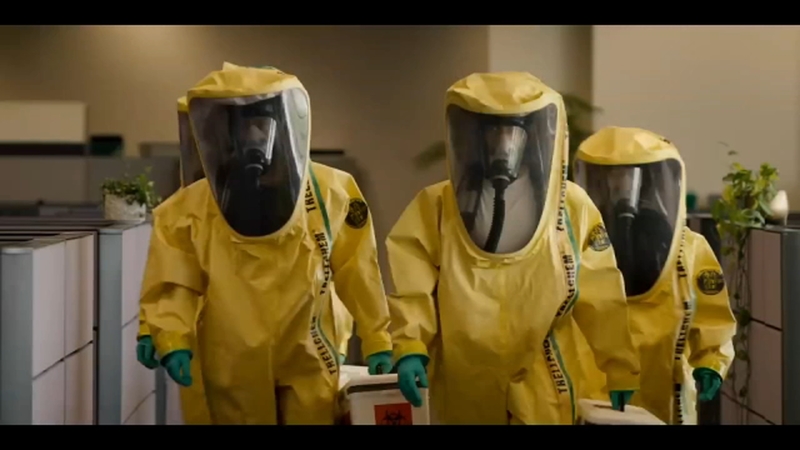 National Geographic takes us back to 2001 in the troubled days right after 9/11 when a second threat emerged to our national security.

"The Hot Zone: Anthrax" tells the story of letters containing highly toxic poison which were sent to various elected officials and members of the media.

The investigation into who sent those letters containing anthrax has been described as one of the largest and most complex in the history of law enforcement.

Daniel Dae Kim plays a composite character meant to represent one in an army of FBI agents who worked this case for more than seven years.

The star told me he learned a lot preparing for this role.

"When you're sitting on the outside - like I was, just hearing the news - you're thinking, 'Oh, we got the guy,' or 'We don't got the guy.' But you realize everything that's behind those little announcements and how much work went into them."
Members of the cast gathered with producers for a Manhattan premiere at the home of Jazz at Lincoln Center.

Tony Goldwyn was back in leading man mode after dressing way down for his role in this mini-series. He appears with a mustache in glasses and comb-over!

"That was the fun of it," he told me. "Yeah! I think maybe when the mustache came in, I was like, 'Okay, I'm gonna have to let my vanity go on this one."

So complete was his transformation that Executive Producer Kelly Souders didn't even recognize him when she arrived for costume tests.

She confessed that, "I walked in, and I was like, 'I thought Tony was going to be here.' And, then I turned around, and I was like, 'Okay, there's only one guy in the room, and I think it's Tony.' And he just was a different person."

Goldwyn plays a real guy, Dr. Bruce Ivins, who first appeared to he be helping to solve this crime but later was suspected of perpetrating it.

It's a real change of pace for the actor who played the president of the United States in "Scandal."

"Playing someone that's so... that's such a distance from me in pretty much every way, is very liberating. It really was. You have to kind of commit and go for it," Goldwyn said.

Harry Hamlin plays anchorman Tom Brokaw, who had one of the letters containing anthrax sent to him.

"There's a lot of material you can listen to," said Hamlin when I asked him how he prepared to play someone so recognizable. "He wrote a bunch of books, and he did the audio books for all of them. And there were tons of interviews, and tons of broadcasts. I mean there's a plethora of material."

After a long pandemic, those involved with this miniseries say it could not be more timely and has lessons for today.

Mr. Kim told me one: "No matter what the political pressure is, at the end of the day it's all about facts and science."

"The Hot Zone: Anthrax" begins on Sunday night on The National Geographic channel at 9 p.m. and runs for a total of three nights.