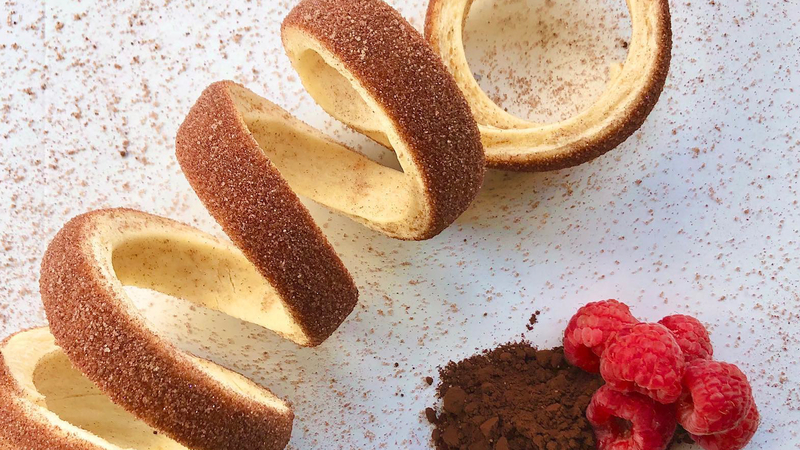 Hungarian chimney cakes are a sweet and savory must

Nicole Shaw-Provillon, owner of Kurly Kurtosh, has mastered the craft of chimney cake baking and has brought it to the garden state using internationally sourced ingredients and authentic Hungarian technique.

It was during her move to Budapest back in 2013, where Nicole discovered and fell in love with the art of baking this popular pastry.

"When I was in Hungary, I tried figuring out why this wasn't all over the United States. So, what I learned was that it is massively labor intensive, which really goes against the culture of things in the U.S. typically," said Shaw-Provillon.

The curly and irresistible pastry, known as Kurtoskalacs in Hungarian, originated in Europe over a century ago.

Baked in small batches, filled with Nutella, and topped with cinnamon, raspberry, or Oreo, the sweet chimney cakes can be enjoyed at private, corporate, and pop-up events throughout New Jersey.

"We go out to events, we do them on site, so people get fascinated learning about the street food and eating something that is authentic and high quality," Shaw-Provillon said.

Spreading happiness and bringing a smile to people's faces is the core of Shaw-Provillon's business and she hopes to continue spread that happiness through her tasty Hungarian chimney cakes.