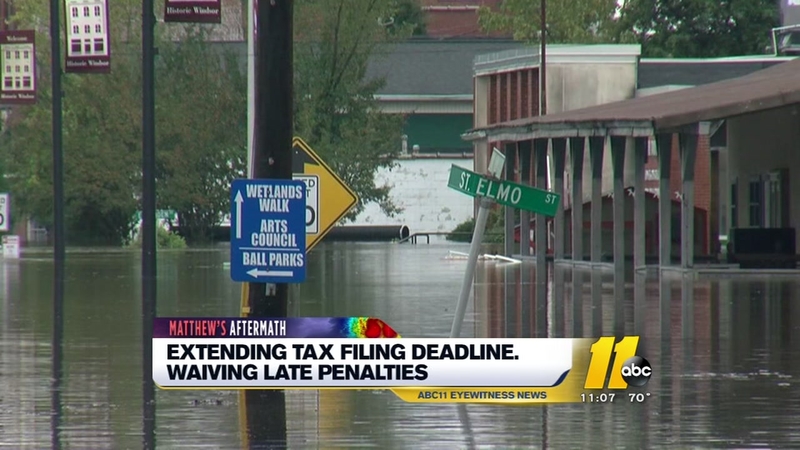 RALEIGH (WTVD) -- Gov. Pat McCrory officially moved North Carolina into recovery mode Wednesday evening. His plan to rebuild after Hurricane Matthew and his address inside the State Capitol came with a warning: There is a long road ahead.

"It has been 16 days since I declared a state of emergency for North Carolina. And, finally the floodwaters from Hurricane Matthew are receding," McCrory said.

He arrived in the Capitol House chambers, first offering sympathies to the families of the 26 victims who died because of Matthew, then giving thanks to the countless heroes who came to North Carolina's rescue.

"Our state owes you a debt of gratitude for your heroic service," McCrory said.

Gov. Pat McCrory said Wednesday in a briefing that we officially move into the recovery phase.

He signed an Executive Order asking the legislature to give local school districts more flexibility on required school calendar days, if they were closed because of the storm. And he asked local school boards not to reschedule days until lawmakers take action.

McCrory approved disaster food stamp benefits and disaster unemployment assistance for people put out of work by the storm.

In the whirlwind of Matthew's aftermath, the governor has gotten a close-up glimpse of the havoc and heartache the storm wrought. But, the crisis may be bringing out the best in North Carolina, politics included. The governor even received a call from an old political rival.

"Just today, I received a message from former Governor Beverly Perdue, who reached out to lend her support and say 'I want to help serve on this committee.' This is the best of North Carolina," McCrory said.

As some political walls come down after Matthew, there are plenty of real walls to rebuild.