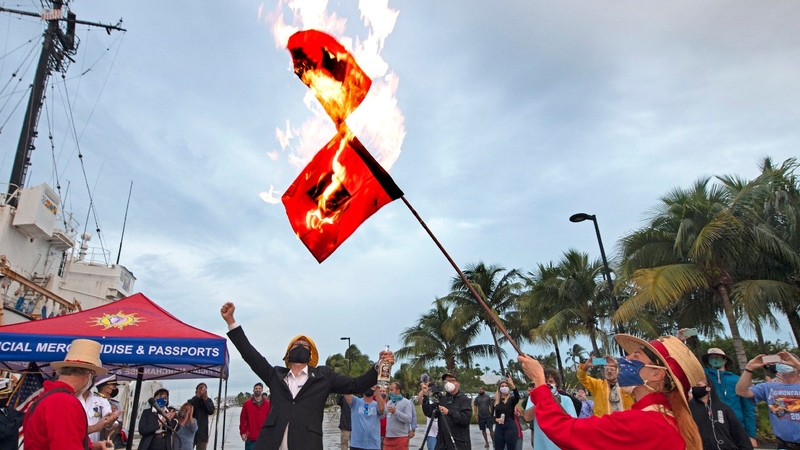 RALEIGH, N.C. (WTVD) -- The record-breaking 2020 hurricane season is officially over. The last day of the season is Nov. 30, but it is still possible (although less likely) to get hurricanes out of season.

There were 30 named storms--more than any other season in recorded history. The previous record was 28 set in 2005

Of the 30 named storms, 13 of them became hurricanes. That was the second most ever, behind only 2005 when 15 hurricanes formed.

Nearly all of those storms set records for being the earliest of their letter to ever form.

In an average hurricane season, which runs from April 1st through November 30th, we typically see around 12 named storms, six hurricanes, and three major hurricanes. This year we more than doubled those categories, including the major storm number. We had seven major hurricanes, matching the same number from 2005.

For the most part, North Carolina avoided the worst of the hurricane season. We were only directly affected by three of the storms.

Arthur was the first. In May, its center passed about 20 miles off shore from Cape Hatteras.

The next was Fay. In July, the Tropical Storm formed 40 miles east of Cape Hatteras and actually created a few waterspouts. One of those came onshore as an F0 tornado.

The third, and most devastating to our state, was Hurricane Isaias. It actually tore through the Caribbean as a hurricane, then weakened to a tropical storm. As it approached the Carolina coast line, it re-intensified into a Hurricane and made landfall near Ocean Isle on August 4th.

Fay spawned 15 tornadoes, including an EF3 that killed 2 people, and injured 14 just south of the town of Windsor. Over 400,000 people lost power in the Carolinas.

And though the season has ended, it doesn't mean Mother Nature follows the playbook.

We are still watching one system with the potential to become a tropical storm. It's in the eastern Atlantic and will not affect us here in the U.S.