What exactly is a hyperloop?

You may have heard of the word 'hyperloop' but have no idea what it means. Here's an explanation.

SAN FRANCISCO -- Civic and business leaders in Cupertino are trying to a high-tech solution to traffic congestion. Several ideas are being discussed, including magnetic levitation vehicles, automated buses, a monorail and autonomous transit.

There's one more -- a hyperloop.

So what exactly is a hyperloop?

It's a passenger vehicle that floats above a track using magnetic levitation and is propelled by electricity.

It operates within a closed, low-pressure tube that reduces drag and allows the vehicles to move at speeds up to 670 miles per hour. That's around the cruising speed of commercial jetliners.

Related: Answer to I-540 congestion may be stop-and-go lights

That's also two to three times faster than high-speed rail and trains operating strictly using magnetic levitation, according to Hyperloop One, a Los Angeles based company that is the first to build a working hyperloop system.

Hyperloop is an autonomous system. There's no operator. The system can be built underground in a tunnel or operated above ground atop columns.

What kind of noise is generated at high speeds? "A big whoosh" is how Hyperloop One describes the sound.

How does the motor work? This is how Hyperloop-One describes their system: Virgin Hyperloop One vehicles are propelled using a linear electric motor, which is a straightened-out version of a conventional rotary motor. A conventional electric motor has two primar parts: a stator (the part that stays still) and a rotor (the part that moves or rotates).

When voltage is applied to the stator, it makes the rotor spin and do the work of, say, spinning a power drill.

A proprietary linear electric motor has the same two main parts; however, the rotor doesn't rotate but instead moves in a straight line along the length of the stator.

Cupertino Hyperloop? It could be the first in the Bay Area 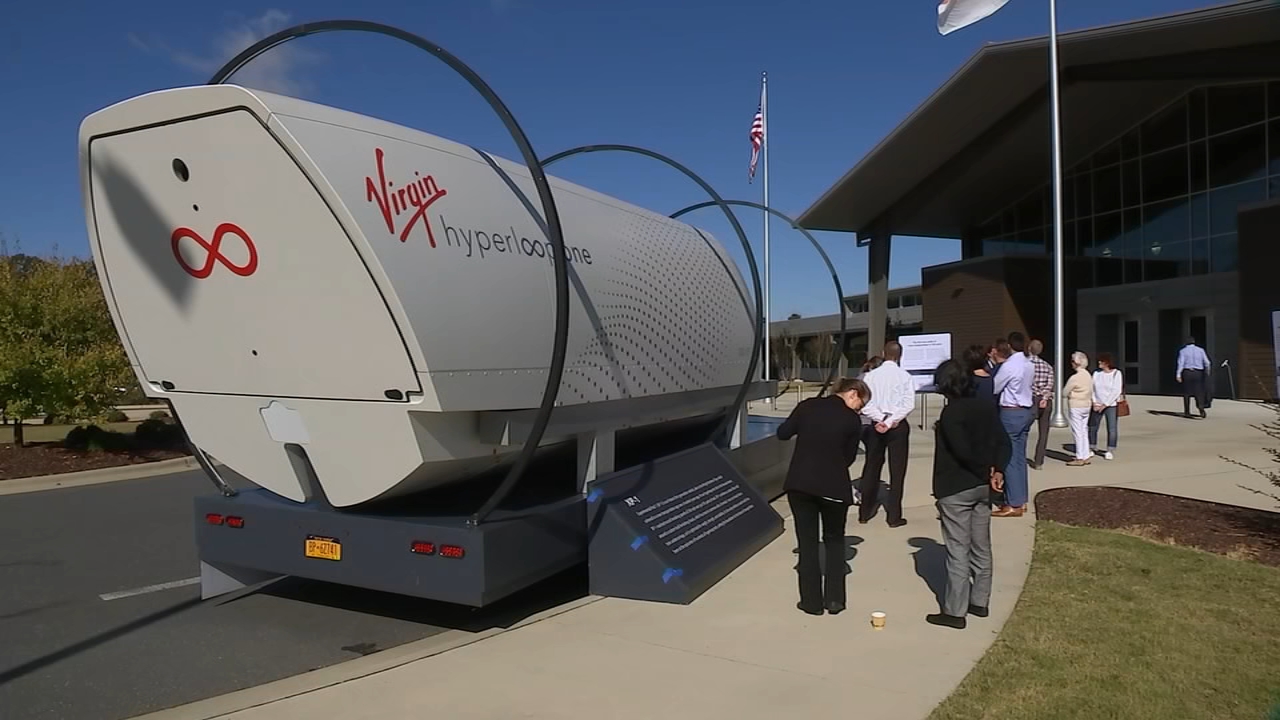