Man 'critically injured' after I-40 eastbound crash in Durham 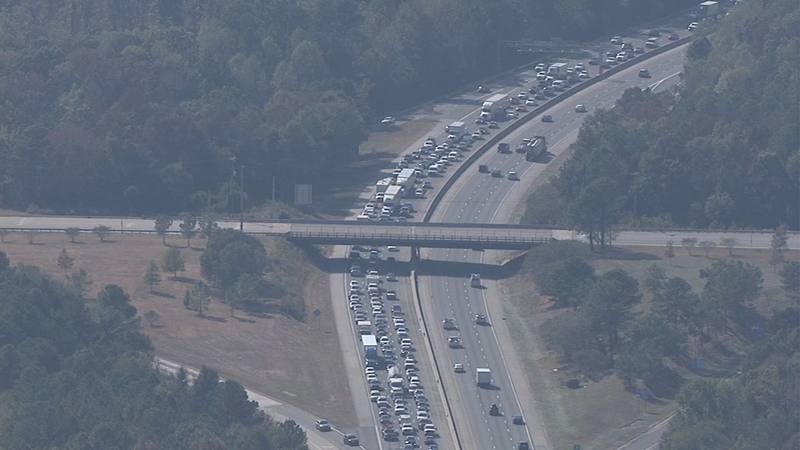 DURHAM, N.C. (WTVD) -- One man is in the hospital with critical injuries after a Thursday afternoon single-vehicle crash along Interstate 40 in Durham.

Durham police said the crash near the Fayetteville road exit happened just before 3 p.m. when 22-year-old Zachary Reeves of Rolesville was going east in the far left lane of I-40 East and swerved to the right for an 'unknown reason.' Reeves' crossed two travel lanes to the right and struck a grassy embankment, causing his vehicle to overturn and eject him from the vehicle.

Authorities said Reeves was not wearing a seatbelt.