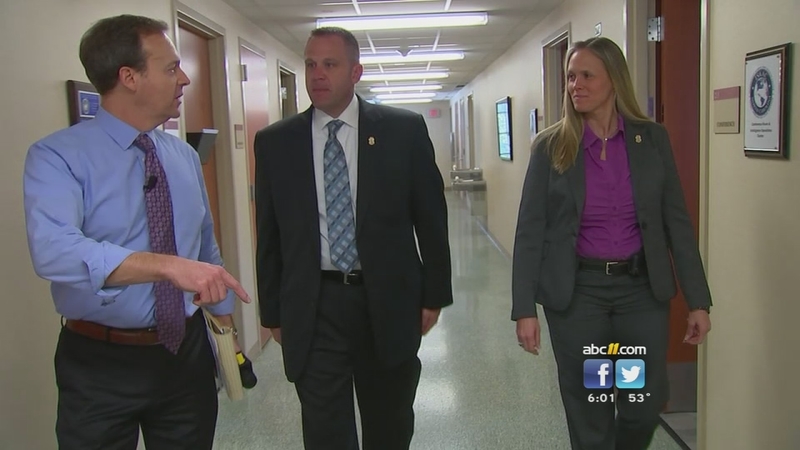 The man in charge of public safety for all of North Carolina tells the I-Team the state is facing a "potential credible threat of terrorism."

For the first time ever, the I-Team got an exclusive look at the state's terrorism threat assessment center based in Raleigh. It is called "ISAAC" for Information Sharing and Analysis Center.

"If we are not on our game every day, we could potentially miss something and we can't afford to," Brian Neil, an SBI agent with ISAAC, cautioned.

Federal, state and local law enforcement work under one roof at what's called a "fusion center," analyzing threats across the state in real-time.

"That threat is real," Neil explained.

The threat assessment center reports to Frank Perry - North Carolina's Secretary of Public Safety and Homeland Security Advisor. Perry told the I-Team he is concerned that the ISIS sympathizers in N.C. right now may act out.

He has top-secret security clearance and has been on conference calls this week with federal officials in Washington D.C.

"I've never seen the intelligence community so agitated," he told the I-Team. "And the agencies, when they become agitated, they know that something is imminent, they don't know when or what."

That's why the fusion center is always updating its threat analysis.

"What cities are most vulnerable, what industries, what sites. There's actually a ranking from 1 to 4 as to threat levels," Perry added.

The fusion center has 400 law enforcement officers deployed across the state funneling intelligence to investigators and analysts in Raleigh.

"We continue to look for continued presence of sympathizers and people ready to roll," Perry pointed out.

Six months ago, ISIS released a "kill list" of targets across the country. The list included Fayetteville and Fort Bragg.

Perry says he has no new intelligence on that threat, but he says ISIS has a "gang mentality" and it's important to follow-up on their threats.

They count on tips from the public about potential threats. Their anonymous hotline is 888-NC-ISAAC.