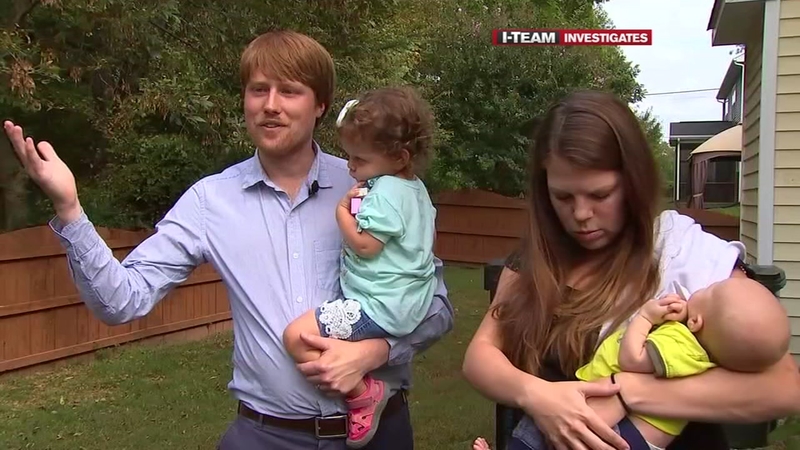 I-Team: When homeowners inherit a problem

DURHAM, N.C. (WTVD) -- Anyone buying a house in the Triangle knows it's a hot market, and sometimes the rush to close the deal may compromise due diligence.

The City of Durham is requiring a family to take down a backyard fence that was put up by the previous owner because engineers say the fence was put up without authorization and is in violation of municipal codes. Jay and Tiffany Brantner, the current homeowners, say the fence was part of the attraction of the home on Pear Tree Lane.

Brantner added that the previous homeowners further explained they had approval from a specific engineer with the City of Durham, but officials now say there was no such record and the fence should never have been approved because of its proximity to storm drains. An engineer with the City of Durham told ABC11 that a wood privacy fence could stop the flow of stormwater and cause flooding.

The Brantners would later hire an independent engineer, who conducted a land survey confirming the location of the easement.

"The city is not going to relent," Eric Thompson, a Civil Engineer and Land Surveyor. "You can ask all you want but those are the rules."

Thompson maintained that a land survey should go hand-in-hand with a home inspection, despite it costing as much as $700.