More ICE arrests reported in Triangle, including outside a Durham HS 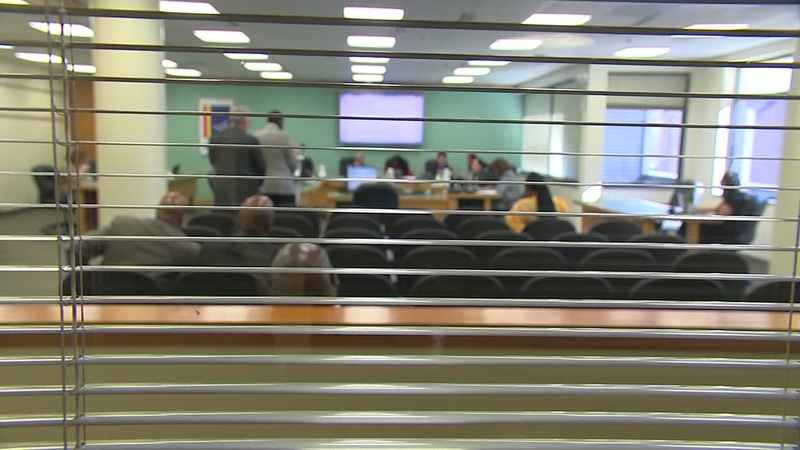 El Centro Hispano said it is working with three Durham families who have had members arrested by ICE, including one man who was arrested Thursday morning outside of Hillside High School.

"As he was taking his child to the school, he was pulled over," said community organizer Ivan Almonte. "He was pulled over. He left the car there. The child was just crying. That's traumatizing for the kids. They're facing all these traumas, all these fears."

ICE has not given specific information or confirmed that arrest but there have been reports of ICE arrests in North Carolina the past few days.

"They're using tactics that are meant to scare and they are meant to deceive our community," said Eliazar Posada, of El Centro Hispano.

Durham Public Schools released a statement responding to recent immigration efforts in the area saying "Every student is welcome in DPS."

"As to reports of ICE officers conducting immigration enforcement in North Carolina, ICE conducts targeted immigration arrests each day as part of its ongoing mission to enforce federal immigration law and we have multiple offices throughout the state so the agency's presence in North Carolina is not new. As to how ICE conducts enforcement -- ICE does not conduct any type of random or indiscriminate enforcement; the agency focuses first and foremost on criminal offenders and other public safety threats."

Urizar and her family are collecting food to deliver to their families and others affected.

"Everybody's scared," Urizar said. "Everybody's in their houses. Nobody wants to come out. This is really sad. Everybody's sad, worried what if.. this happens to my family? Some kids are like, 'what if they take my mom? What am I going to do?'"

Canales was arrested Wednesday and charged with communicating threats to Lee County Sheriff's deputies and driving with a revoked license. The Sheriff's Office said the charges stemmed from the video.

Community members collected donations for Canales' $5,000 bond so he could be released. He said he's now trying to help those affected by the ICE arrests.

"I said some things I shouldn't have but we pay for what we do, I guess," Canales said. "Just gotta keep moving forward and help out as best as we can."

Canales said he can relate to children who are being separated from their parents.

His mother was deported to El Salvador when he was 14 years old, he said.

"I was left on the streets," Canales said. "I can say I've been through a life that a lot of people haven't. I've walked a mile that people would never probably take. I know the difficulties. I know the feeling. I know pain."