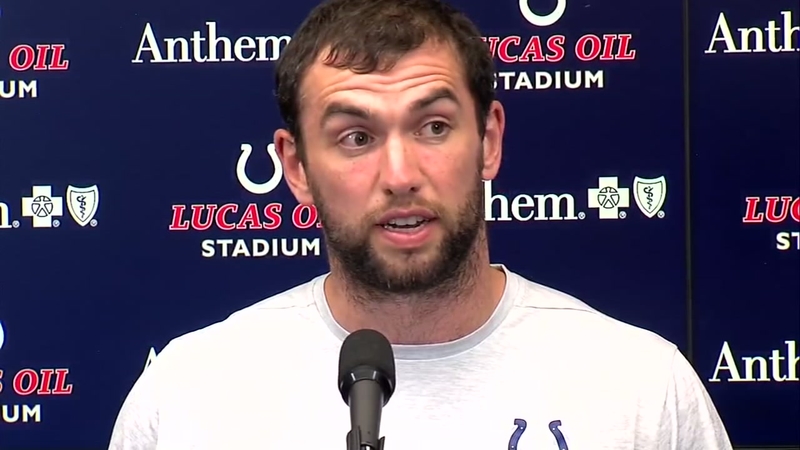 Andrew Luck shocked the world Saturday night when he announced he was retiring from the NFL.

The 29-year-old was the first overall draft pick in 2012. He spent his entire career with the Indianapolis Colts playing through a shoulder injury in 2015 and 2016 before missing the 2017 season. He went on to become the comeback player of the year in 2018.

Luck was dealing with a left calf and ankle injury during the 2019 preseason.

"I'm in pain, I'm still in pain," Luck said. "It's been four years of this pain, rehab cycle. It's a myriad of issues -- calf strain, posterior ankle impingement, high ankle sprain. Part of my journey going forward will be figuring out how to feel better.''

Luck said the pain has overtaken the pleasure of football and believes this decision is what's best for him and his family.

Luck's retirement is creating conversation about the game of football and the severity of the injuries the sport can cause.

Many people admire the young quarterback for taking care of himself, others disagree with the decision including some fans who booed him as he walked off the field one final time Saturday night.

Former NC State standout Jacoby Brissett will take over for Luck as the starting quarterback.