ABC11 Together highlights the strength of the human spirit, good deeds, community needs, and how our viewers can help
WTVD
By Steve Daniels 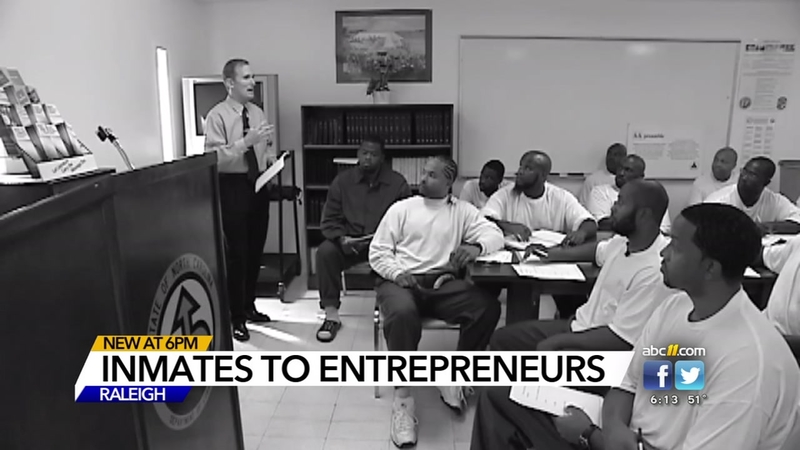 RALEIGH, N.C. (WTVD) -- Nickia Baker said she believes an innovative program for people who have been in the criminal justice system and cannot get hired for a job has changed her life.

"I woke up this morning feeling like I hit the Powerball, because not only am I doing what I love, it doesn't seem like work to me," Baker said.

Baker is a single mother of two who lost her job after a criminal conviction.

"I was involved in a very abusive relationship that ended in violence and that's how I ended up charged with assault," Baker said. "That has been a dark cloud over my head ever since that happened back in 2009."

Baker found it impossible to convince anyone to hire her.

"You're being told 'no' because of a bad mistake. When does it go away? I've paid my debt to society, I've done what needed to have been done and now here we are," Baker said.

Baker is a graduate of a program called Inmates to Entrepreneurs. She said she has taken control of her life by starting a successful event planning business called Sheer Elegance.

Inmates to Entrepreneurs has helped thousands of people who have been in the criminal justice system. Brian Hamilton is a tech entrepreneur who started the program in the Triangle in 1992.

"We are all about bootstrapping. Starting businesses with less than $1,000," Hamilton said.

The program runs for eight weeks and is free. The only prerequisite is prior involvement in the criminal justice system. Hamilton tells people in the program to focus on finding the right business for them.

Hamilton recently sold Sageworks, the software company he created, and is now focus on expanding Inmates to Entrepreneurs.

"We really need to make the program national," Hamilton said. "There is a national need for what we're doing."

Hamilton is happy that the program is giving people hope and new opportunities. He's proud that it's also keeping them out of jail.

"If you are associated with the program it's likely that you're not going back, which is nice," Hamilton said.

Nickia Baker said the program is allowing her to move beyond the stigma of her conviction and focus on her successful one-woman business.

"Getting involved in this program can definitely change your life," Baker said. "It's been monumental for me just being part of the program."

Hamilton provides these tips for people in the program and they apply to anyone starting a business: