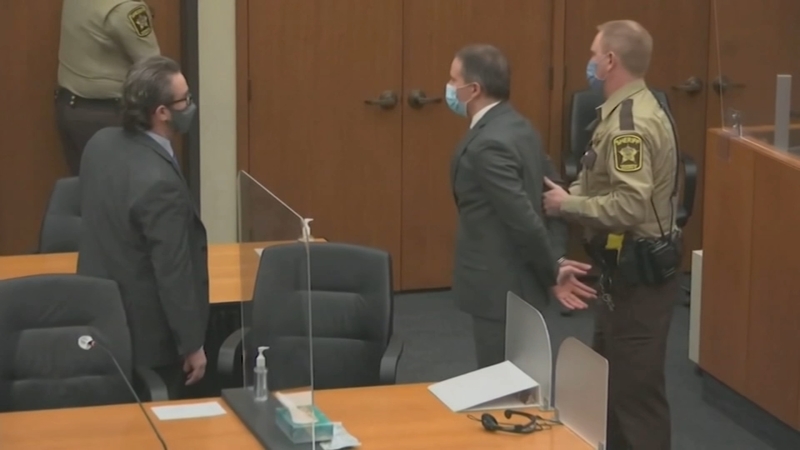 DURHAM, N.C. (WTVD) -- For many, the conviction of Derek Chauvin in the murder of George Floyd is a major step in justice reform, begging the question: could this set a precedent in future trials?

ABC11 reached out to Irving Joyner, a professor at the School of Law for North Carolina Central University, about the ramifications of Tuesday's decision.

The longtime professor and law expert tells us this particular case had an overwhelming amount of video and compelling witnesses.

"It's a precedent in this case, but not in any other. I have not seen a prior case with this much video nor do I think that you're doing to find a case in the future with this kind of video," Joyner said.

In a study conducted by Philip Stinson at Bowling Green State University, he found that only 73 officers nationwide have been found guilty in the last 15 years for criminal use of force.

Meanwhile, in another study conducted by Stinson, when you look at deadly shootings involving officers, only four officers have been convicted of murder between 2005 and 2019.

Demonstrators have taken up the names of people like Tamir Rice, Michael Brown, Alton Sterling, Botham Jean, and most recently, Breonna Taylor in their marches and protests, demanding justice in their shooting deaths by police officers.

Of those names, only the officer who killed Botham Jean in Dallas, Texas was convicted of murder. The others either had their charges dropped, were fired, or were never indicted in the first place.

Professor Joyner says it can be difficult to prove intent to kill in many of these cases, especially when there is a lack of video evidence and eyewitness accounts.

In future cases, Joyner says an excess of those items can make a difference in convincing a jury of wrongdoing.

"Innately, many people have a belief that police officers have a right to use any force that they deem necessary," Joyner added.