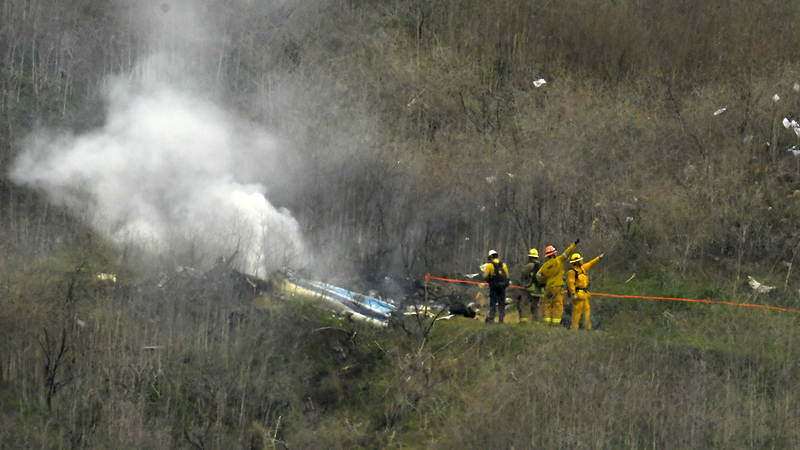 LOS ANGELES -- The company that owned the helicopter that crashed in Southern California, killing basketball star Kobe Bryant, his daughter and all others on board, has suspended all operations, our sister station KABC-TV reported.

"The shock of the accident affected all staff, and management decided that service would be suspended until such time as it was deemed appropriate for staff and customers," the company said in a statement.

Ara Zobayan, the helicopter pilot who was killed when the company's Sikorsky S-76B crashed, had been with Island Express for more than 10 years and had more than 8,000 flight hours, the company said.

But on the day of the disaster, he was flying under special visual flight rules that require pilots to see where they are going.

He had completed the same flight the day before - Orange County to Ventura County - but Sunday morning brought fog so heavy it grounded helicopters for the Los Angeles Police Department and county sheriff. Zobayan was forced to detour around the San Fernando Valley until he could return to follow U.S. Highway 101 in Calabasas.

The investigation into what caused Sunday's fatal crash is expected to take a year or more. The aircraft's condition, maintenance records and pilot experience all are expected to be examined as part of that investigation, as well as factors such as weather.

The company did not offer further details as to why it was suspending its other flights or when they might resume.

Bryant had chartered the flight on Sunday morning to fly to Mamba Sports Academy for a girls basketball tournament featuring his daughter's team.

Among the victims were his daughter Gianna and two children, Payton Chester and Alyssa Altobelli, as well as a coach, Christina Mauser, were on the flight. Chester's mother, Sarah, and Altobelli's mother and father, Keri and John, were also killed in the accident.

RELATED: Vanessa Bryant pays tribute to Kobe, Gianna: 'Our love for them is endless'