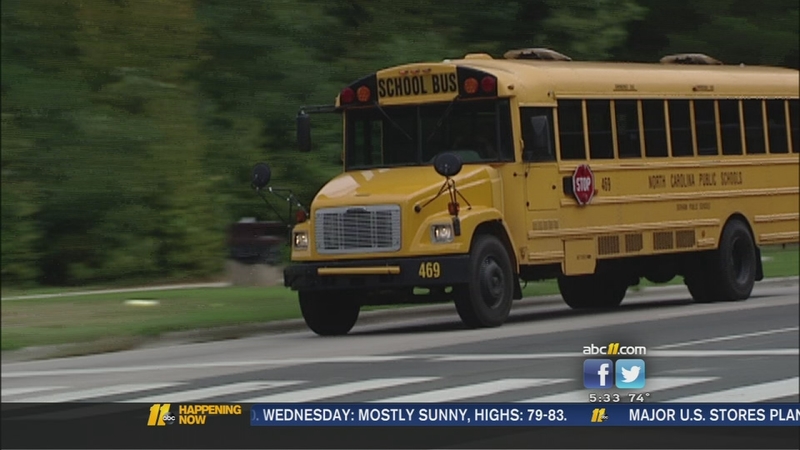 DURHAM (WTVD) -- A school bus sex assault claim is a parent's worst nightmare. Through her attorney, a Durham mother says she's living through it.

"This is obviously a very difficult time for both the child and the mom," said Attorney Marie Lang who represents the mother of a W.G. Pearson Elementary School student who claims he was assaulted on a school bus.

The alleged incident was first reported by a local newspaper. The child's mother said her five-year-old was pressured by a group of older children to remove his pants and allegedly engage in oral sex on September 11.

She also claims Durham Public Schools and Durham police were slow to respond. An incident report is dated September 12.

Declining to discuss the details of the investigation, the mother's attorney says a language barrier may have posed a challenge.

News of the alleged school bus assault has struck a nerve with other Triangle area parents.

"I'm in disbelief," wrote one mother in a message to ABC11. "My daughter rides one of the buses for this school and she tells me every day about something that happens and she is only in the first grade!"

"This child's assault is not an isolated incident," wrote another concerned mother, adding that her child had a similar experience at a school in Durham in recent years. "There should be changes to protect smaller children on busses."

The mother asked ABC11 not to reveal her name or the elementary school where her child attended. Then she shared a shocking story.

"She basically told me that they told her to pull her pants down and that they made her kiss another child on the bus," the mother said. "I felt like the school's reaction to it was very slow."

She sought help from the school and from law enforcement. However, she says it was to no avail. Ultimately, her child changed schools.

"Make your child aware that sometimes their situation may not be safe," she offered to other parents. "Someone may try to do something to them that's not appropriate and their child needs to be aware. They cannot assume that that child is going to get to school or get home safely. There are children on the bus ready and willing to take advantage of younger children."

Durham Public Schools insists its buses are safe and all allegations are taken seriously.

A DPS spokesperson says most of the buses have cameras. Because of the pending investigation, DPS can neither confirm nor deny there was a camera on the bus in the alleged incident at Pearson Elementary School.

DPS says it uses teachers or school administrators as bus monitors but only in special circumstances due to budget and staff constraints.

"I think it's important for all the institutions involved to conduct a thorough investigation in order to find out what the facts are so that we know how to go forward to prevent incidents that may harm our children," said Lang, declining to comment on the response of Durham police and Durham Public Schools in her client's case.

ABC11 contacted the Durham Police Department for an update on the investigation. Last week, the department issued a written statement.

"I have every confidence the investigation will be handled with great care and sensitivity to find out what happened," wrote Chief Jose Lopez, adding that the department's Special Victims Unit was assigned to the case.