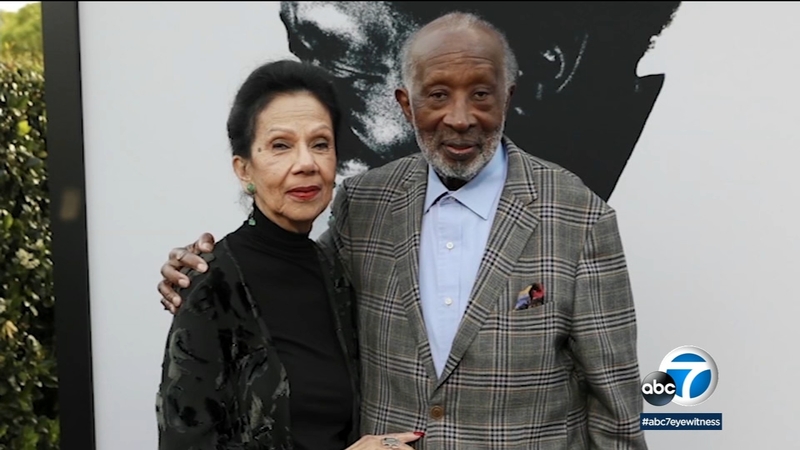 Arrest made in fatal shooting of Jacqueline Avant in Beverly Hills

BEVERLY HILLS, Calif. -- A suspect has been arrested in connection with a Beverly Hills home invasion that resulted in the shooting death of Jacqueline Avant, the wife of a famed music executive, police announced Thursday.

Police were called to the Avants' home early Wednesday after a 2:23 a.m. call reporting a shooting. Officers found the 81-year-old with a gunshot wound. She was taken to the hospital but did not survive.

Avant, known affectionately as "Jackie," was well-known and well-respected for her philanthropy over the years.

Her husband, Clarence Avant, was recently inducted into the Rock & Roll Hall of Fame. He was also the subject of a 2019 Netflix documentary "The Black Godfather," which highlighted his influence in the music industry.

During a Wednesday afternoon news conference, Beverly Hills Police Chief Mark G. Stainbrook said it was too early in the investigation to discuss a possible motive behind the shooting. He confirmed there was a private security guard on the property at the time, but it was not clear how that individual may have interacted with the suspects.
Stainbrook read a statement from the Avant family:

"The entire Avant family wishes to thank everyone for their outpouring of love, support and condolences for Jacqueline Avant. Jacqueline was an amazing woman, wife, mother, philanthropist, and a 55-year resident of Beverly Hills, who has made an immeasurable positive contribution and impact on the arts community. She will be missed by her family, friends and all of the people she has held throughout her amazing life."

Video from AIR7 HD showed a shattered sliding-glass door at the Avant home. Nearby residents expressed grief and apprehension after hearing of the fatal break-in.

"It's been devastating. Every night there's something else. Somebody needs to step up," said neighbor Rebecca Cohen. "This is just horrible, it's breaking our hearts. They're a great family."