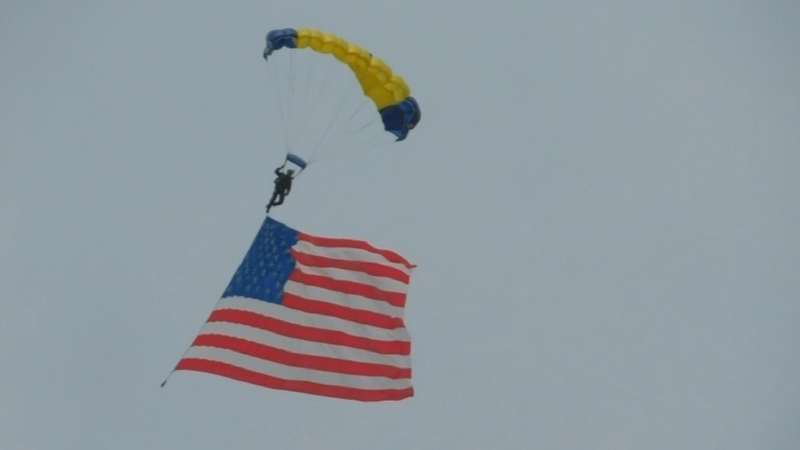 JERSEY CITY, New Jersey -- A U.S. Navy Seal was killed on Sunday when his parachute malfunctioned during a Fleet Week event at Liberty State Park in Jersey City.

The Navy Seal was removed from the water just after 12 p.m. and was taken to Jersey City Medical Center where he later died.

A video showed a piece of the parachute coming down after the parachutist separated from his chute and landed in the water. Both U.S. Navy and Coast Guard service members were participating in the event, which included a U.S. Navy parachute team, the Leap Frogs.

In the moments before Sunday's tragedy, tourists were snapping photos when things appeared to be going just fine until the Navy Seal's parachute malfunctioned.

Spectators were meeting and greeting members of the Navy on the ground as part of Fleet Week as the unthinkable was happening on the water, and the parachutist hit the Morris Canal after he cut away from his broken chute.

Police immediately blocked off the area near Hudson Street on the other side of the water until they could remove the broken parachute.