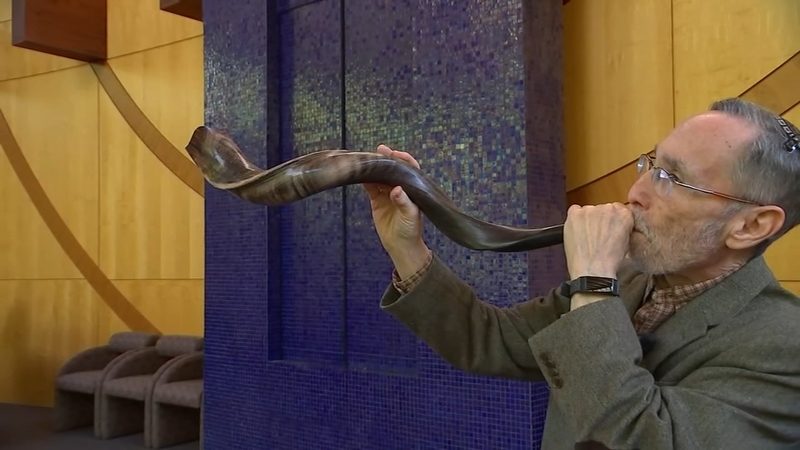 WAKE COUNTY, N.C. (WTVD) -- Burton Horowitz might not be the official Jewish historian of Wake County. But he's close.

"My father had a pawn shop, my uncle had a pawn shop and my relatives had lower end clothing stores," said Burton, whose brother still owns Reliable Pawn on South Wilmington Street.

His father Abe came to Raleigh from Baltimore. His mother grew up in Zebulon and his great uncle's family in Wendell, or "Vendell," as Burton said.

Burton was one of only three Jewish kids in his graduating class from Broughton High School in 1954.

"I didn't experience overt Anti-Semitism but I'm not foolish enough to think there wasn't any--of course there was," Burton said.

May is Jewish American Heritage Month and all month long ABC11 is recognizing the contributions American Jews have made and continue to make to history, culture and society.

Since 1980, the number of Jews in the South Atlantic states has gone up 62%, according to JewishNC.org.

North Carolina's own tally is up nearly 250%.

"I have now have grand children that are 5th generation in this town," said Burton, whose family could be considered founding members of the Beth Meyer Synagogue in Raleigh.

The temple used to be blocks from downtown and called the House of Jacob.

Though life might revolve around the temple as much, Burton can take comfort in knowing he and his grandchildren are not the only Jews in town anymore.

"They have grown up in a very mixed society," Burton said. "They have read about Anti-Semitism but they don't experience it."

"I thought of this place as a small, southern academic town and that's what it was," said now retired Rabbi John Friedman, who led Judea Reform for more than 30 years.

The thing that's remained the same, according to Rabbi Friedman, are the conversations about equality, persecution and race.

He mentioned the groundbreaking work of Durham's former Jewish Mayor Mutt Evans. Evans owned a store in Downtown Durham in the 1960s and when told he had to segregate, he said no.

"These were not just intelligent people," he said. "There were people who were courageous, principled and with whom I shared much of my outlook."

There's also Judea Reform's founding Rabbi Efraim Rosenzweig. He was widely criticized for hiring a Black secretary when he was President of the North Carolina Hillel.

"The fact that Judea Reform and Beth El Synagogue before it had been so active in race relations and social justice was something that helped us grow and I'm so proud of the way it grew," Rabbi Friedman said.