5 years after Charleston massacre, SC state rep says, 'We have done nothing' 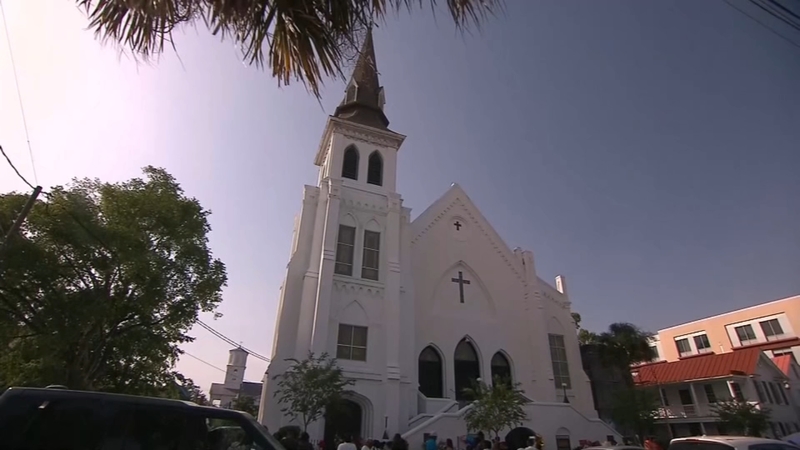 5 years after Charleston massacre, SC state rep says, 'We have done nothing'

CHARLESTON, S.C. -- Five years ago after eight black church members and their pastor were shot and killed in a racist attack, South Carolina came together and took down the Confederate flag from the Capitol lawn.

Today, as yet another shocking killing of an African American roils the country, bringing a wave of pulled down statues and the removal of names of historical figures who repressed or oppressed other people, South Carolina leaders appears to be sitting out this movement so far.

Wednesday marks five years since Dylann Roof sat through nearly an hour of Bible study at the Mother Emanuel AME church and then started shooting as the group prayed. Nine black worshipers were killed. Roof spared one woman's life so she could tell everyone he wanted to start a race war. He was sentenced to death and remains in federal prison.

The attack left the community devastated, but Rep. JA Moore, who lost his sister in the shooting, believes it didn't inspire enough action. "We have done nothing," he said.

Roof didn't hesitate to explain his racist beliefs to FBI agents and left a handwritten journal full of his views, such as blacks being inferior to whites. He also left behind pictures of himself holding the gun used in the killings, posing at historic Civil War and African American sites and holding the Confederate flag.

Outraged political leaders came together and overwhelmingly voted to take down a Confederate flag that flew near a monument to Confederate soldiers on the Statehouse lawn.

"After my sister and eight others were killed, we took down a flag," Moore said in a statement. "But that was it. We have done nothing else to address institutional racism in our society. What happened to George Floyd last month and Rayshard Brooks last week is evidence of that."

Today, protesters across the country march against the same conditions that contributed to that tragedy five years ago: systemic racism.

Remembering the victims of the Charleston church shooting

Since then, the way Americans view racial injustices across the country, especially when it comes to police brutality, has changed.

A recent ABC News/Ipsos poll showed that 74 percent of Americans believe the killing of George Floyd is part of a broader problem in the treatment of African Americans by police.

In December 2014, a similar poll showed that 43 percent of Americans said those instances showed indications of a broader problem, while more than half, 51%, called it an isolated incident.

In Charleston on Tuesday, the current pastor of Mother Emanuel stood with civil rights activists and politicians who called for the removal from a downtown park of a 100-foot-tall statue of former U.S. Vice President John C. Calhoun.

Calhoun's support of slavery never wavered. And in an 1836 speech before the U.S. Senate, he said slaves in the South were better off than free blacks in the North.

The Rev. Nelson Rivers said Calhoun "represents Dylann Roof to us" and said Charleston leaders should defy the unjust Heritage Act - which does not include penalties for breaking it - and remove the statue.