Kasich ends his bid for the White House 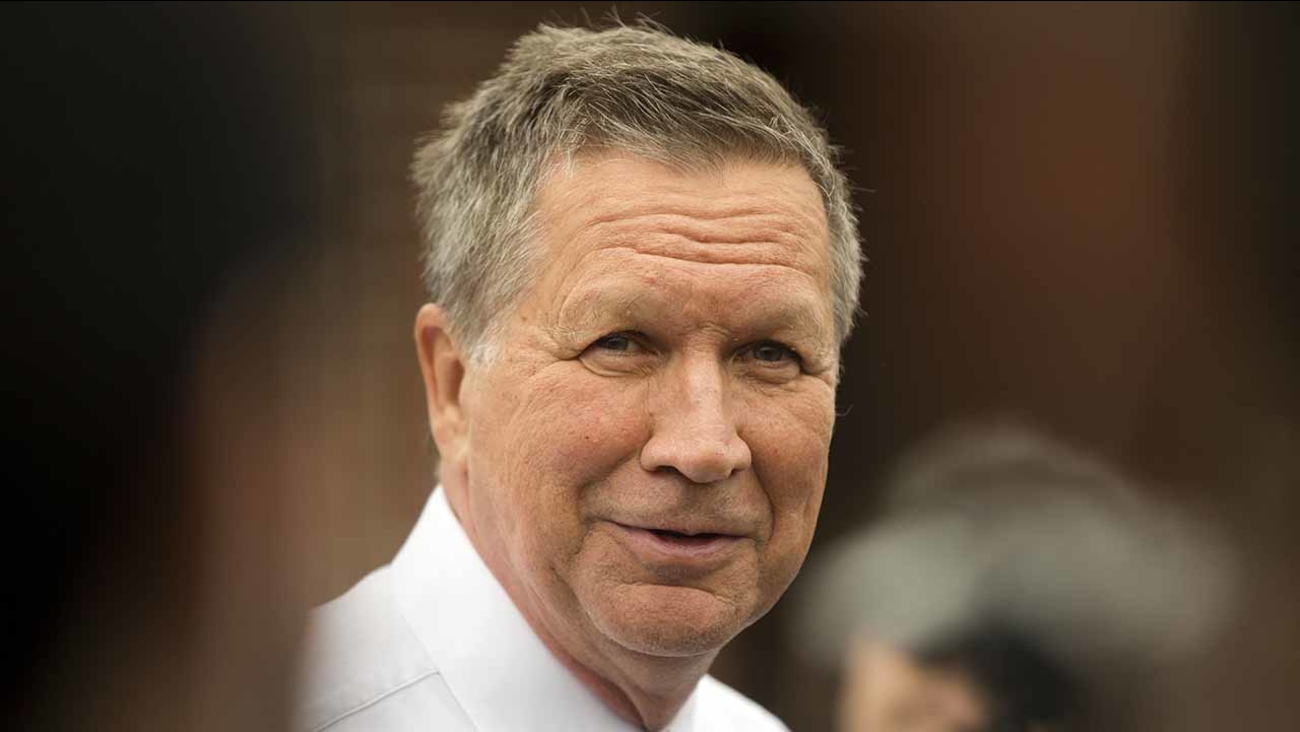 Speaking to reporters in Columbus, Ohio, Kasich didn't outline his reasons for ending his bid or mention Trump. Instead, he offered an emotional recount of his exchanges with voters on and renewed his call for Americans to spend more time helping one another.

He acknowledged it was a message that never seemed to resonate.

"The spirit, the essence of America lies in the hearts and souls of us," he said. "Some missed this message. It wasn't sexy, it wasn't a great soundbite."

NEW: John Kasich suspends presidential campaign. "I have renewed faith...that the Lord will show me the way forward" https://t.co/Cen0xCMltO

Despite his inability to win any contests beyond Ohio, Kasich held on to become the last candidate battling Trump - albeit for only a few hours. His decision to end his campaign comes a day after his other remaining rival, Texas Sen. Ted Cruz, announced that he was suspending his campaign.

Kasich was visibly emotional as he thanked his family and staff.

"Nobody has ever done more with less in the history of politics," he said.

"I think John will be very helpful with Ohio, even as governor," he said in a clip of the interview. Trump stressed that he's had a good relationship with the Ohio governor and says he's someone the billionaire is willing to consider as his vice president. "I would be interested in vetting John," he said.

Touting his two terms as governor and 18 years in Congress, Kasich failed to gain traction with GOP voters in a race dominated by Trump's ability to seize on the electorate's anger and disdain of political insiders. Although Kasich tried to pitch himself as the best Republican to take on Hillary Clinton, the weight of the non-Trump never got behind him.

Viewed widely as a longshot candidate from the start, Kasich's popularity shot up after his strong second-place finish in New Hampshire's primary in early February. But from the South to the Midwest, many voters were captivated by his boisterous rivals, and his efforts to cast himself as a nicer alternative fell short.

Kasich had pledged to take his campaign all the way to the Republican convention in Cleveland this summer, but his losses in almost all the primaries left him struggling to generate the money and resources needed to sustain a long-term bid. In an extraordinary effort to send the GOP contest into a contested convention, Kasich and Cruz forged an alliance in late April, going to the states where they were most likely to succeed and deprive Trump the delegates needed to reach the nomination.

As the race grew increasingly nasty on both sides, Kasich largely maintained his vow not to go negative or, as he told voters to "take the low road to the highest office in the land." It may have been a more effective tactic for dealing with his rivals - Trump frequently referring to Kasich as "a nice guy," while lashing out at Cruz with names like "Lyin' Ted."

He did eventually launch a series of blistering criticisms against Trump's candidacy, blasting the businessman for creating a "toxic" environment and preying on people's fears.

Kasich argued that he would be able to win over Trump's supporters if he gained more attention, saying he understood their economic worries from his own experiences growing up in the blue collar town of McKees Rocks, Pennsylvania. He insisted that his upbringing positioned him to offer real solutions to those who need them most.

Kasich, 63, plans to return to Ohio, where his second term as governor ends in 2018.

"As I suspend my campaign today, I have renewed faith, deeper faith, that the Lord will show me the way forward and fulfill the purpose of my life," he said.