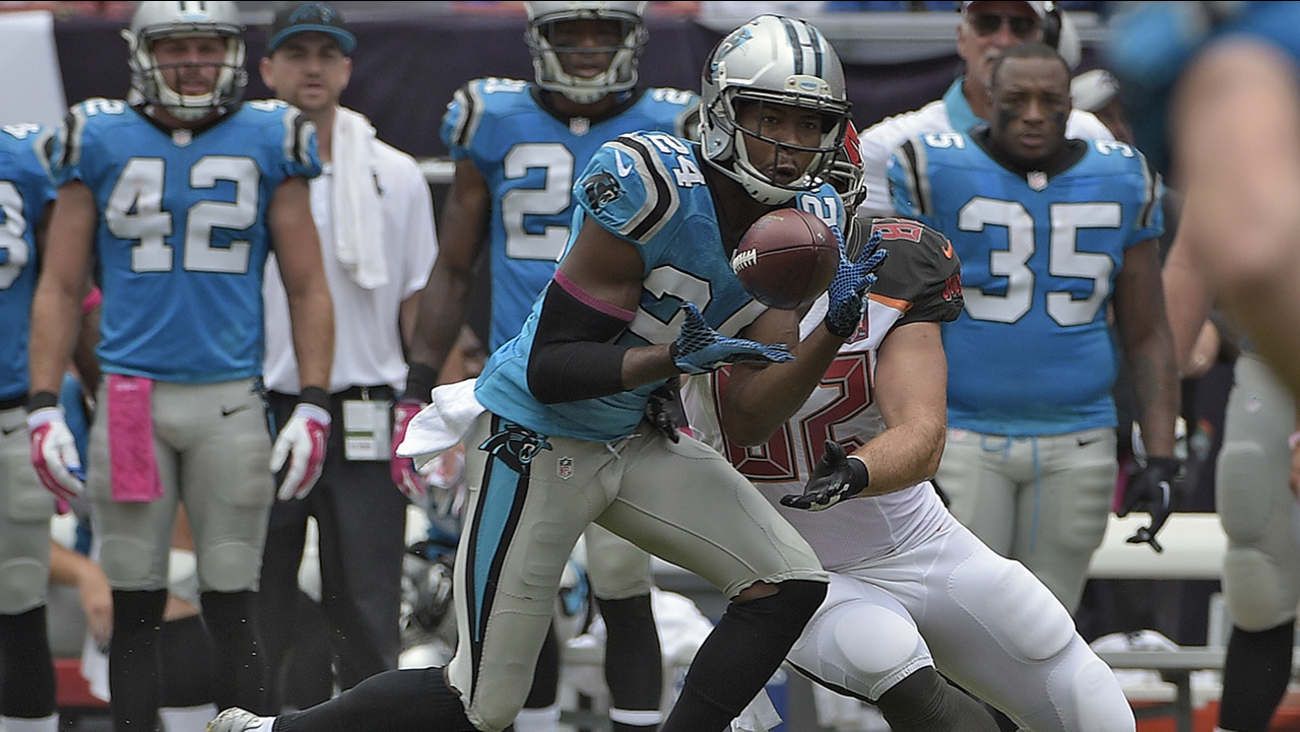 CHARLOTTE -- ne player will draw more attention than most when the cameras fire up for Sunday's NFC Championship Game between the Carolina Panthers and Arizona Cardinals.

The spotlight loves Carolina's fourth-year cornerback almost as much as Norman likes the spotlight. Before he decided to make a career out of football he dreamed of being an actor.

He has just turned the field to his stage.

"It was an easy choice for me," Norman said. "...Football pays more and faster. So I just went football. I was better at it.

"Actors, you've got to tape so many times and it takes years to master your craft."

Norman has mastered his craft to the point he'll be able to demand a salary that will make him one of the highest-paid corners in the league after this season. But his first goal is to get Carolina to the Super Bowl.

That is why he's in the spotlight against Arizona. The Cardinals have arguably the best group of wide receivers in the NFL with one of the top quarterbacks in Carson Palmer.

For Carolina to continue its quest Norman has to be at his best.

And Norman expects the best out of Palmer, not the somewhat sloppy performance the veteran gave last week when he threw two interceptions and nearly had a third.

"Licking my chops," Norman said. "I'm sure he's not going to make those mistakes this game. But if he does, I'm going to try to capitalize on them."

Norman wants Palmer to be at his best because, as he constantly reminds, to be the best you have to beat the best. He hopes the Carolina front seven stuffs the Arizona run and forces Palmer to throw 40 or 50 times.

He hopes Palmer throws his way instead of avoiding him like so many other quarterbacks have since he opened the season with four interceptions in the first four games.

"My ears are pierced back and ready to ride," Norman said. "I'm anticipating it. I know he's a great quarterback. That's why I'm so amped about it, because I get to play a formidable competition with what he brings to the table, the great receivers that he has in his arsenal."

Norman likely won't shadow Arizona receiver Larry Fitzgerald, who lit up Green Bay for 175 yards receiving a week ago. Fitzgerald lines up in the slot just over 50 percent of the time, and Norman typically stays outside.

But Fitzgerald definitely is aware of Norman.

"Josh Norman is a premier cornerback," he said. "There's a reason he's going to be the highest-paid free agent come this offseason. Whatever team he goes to I hope it's in the AFC so we don't have to deal with him.

"You watch him on tape, there's nothing that you say, 'Oh, he struggles with this or he's deficient at this.' "

If Norman were an actor, he'd be up for an Oscar. He's already been selected to the Pro Bowl.

"Playing corner is more so an art form," Norman said. "I put a little more color with it than just sitting out there thumbing myself. That's why I call it an art. You don't just be out there. Put something on the canvas. Paint a little bit."

Norman sometimes paints himself into a corner with his comments, but he typically backs them up. Sometimes he goes to a place he calls his "dark side" for extra motivation, but he doesn't anticipate that against Arizona.

He respects them and they respect him.

"Hopefully, we don't have as much of a trash talking game this week," Norman said.

Regardless, the spotlight will be on Norman when the cameras come on. His battles against the Arizona receivers alone could be worth the price of admission.

"This is my personality," he said. "There's nothing like it, a stage, acting somebody else and just having fun doing it."