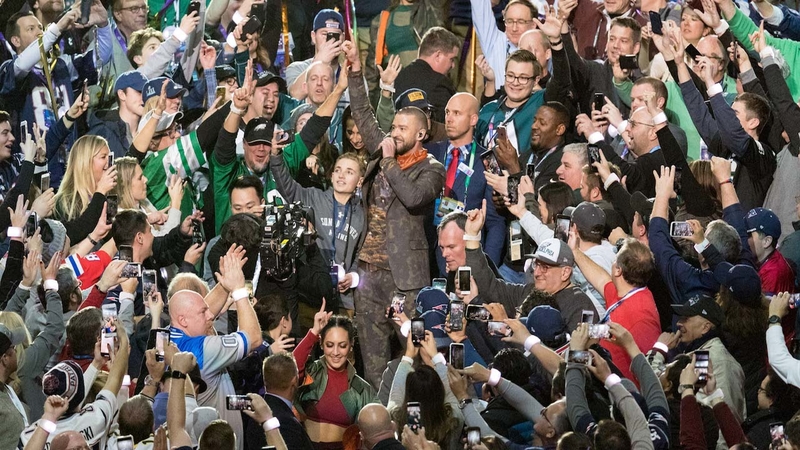 The Internet has a new star.

Ryan McKenna, 13, went viral during the 2018 Super Bowl after the teen took a selfie with Justin Timberlake during his halftime show.

According to McKenna, he "didn't really know" the selfie was going to happen.

"There was a Super Bowl halftime lady and she, like, said that we were in a special section," he explained. "He just came up, and I just, like, jumped right in there with him. And he stopped right in our row so it was perfect."

Memes of him looking distracted during the performance quickly appeared on social media as but the teen explained why he was on his phone right when Timberlake walked up next to him.

"I had a video going and my phone shut off," Ryan said. "That's why I was on my phone. And I love him, because he's, like, my favorite singer, and I had to get the selfie with him."

Ryan, who was still in Minnesota when Good Morning America interviewed him, said that despite the Patriots' loss, he'll still treasure his Super Bowl memory.

"It was definitely a great opportunity. This is insane," he said. "Like, this is crazy. I got to meet him and get a picture with him because he's awesome."
Report a correction or typo
Related topics:
arts & entertainmentsuper bowl 52footballsportsjustin timberlake
Copyright © 2022 WTVD-TV. All Rights Reserved.
TOP STORIES
Court papers show how investigators linked suspect in Hedgepeth murder
As last-ditch effort, Cary tapas bar launches fundraiser to stay open
Supreme Court to hear challenge to race in college admissions
George Floyd's family reacts as civil rights trial begins
Eateries hope for community support during Triangle Restaurant Week
No charges for Johnston County deputy who shot drug suspect in wrist
Mental health providers of color see influx of patients
Show More
LATEST: Next steps in fight against COVID-19
Getting paid on Venmo or Cash App? New tax rule might apply to you
Alex Murdaugh hit with more charges connected to 4 new clients
8,500 troops placed on heightened alert for European deployment
Cruise ship takes passengers to Bahamas to avoid Florida warrant
More TOP STORIES News