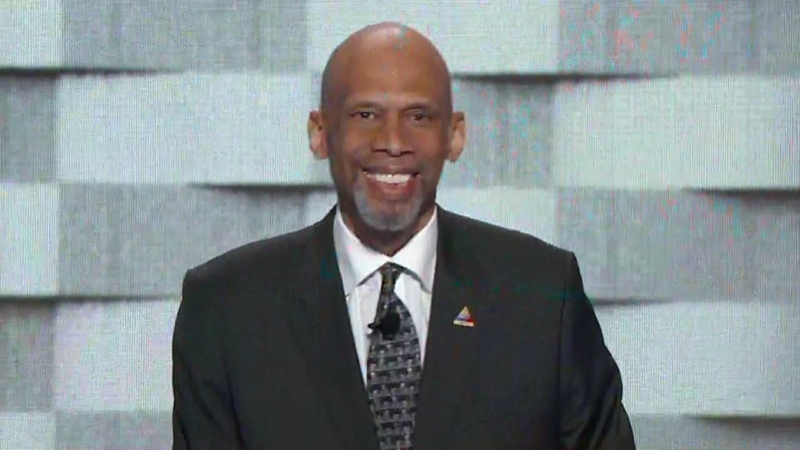 The 69-year-old NBA legend came out on stage and deadpanned, "I'm Michael Jordan, and I'm here with Hillary."

He then cracked a smile and told the arena he "said that because I know Donald Trump couldn't tell the difference."

WATCH ABDUL-JABBAR'S FULL SPEECH IN THE PLAYER ABOVE

Abdul-Jabbar, an outspoken Muslim, then turned serious to criticize Trump's call for banning non-citizen Muslims from entering the United States.

"At its core, discrimination is the result of fear. Those who think Americans scare easily enough to abandon our country's ideals in exchange for a false sense of security underestimate our resolve. To them we say only this. Not here! Not ever!" he offered.

Abdul-Jabbar, who was born Lew Alcindor and converted to Islam in his 20s, told the story of Humayun Khan, an army captain who was one of 14 Muslim-American soldiers to die in combat since Sept. 11, 2001.